Conservation Is a Pretext For Genocide (part 2) 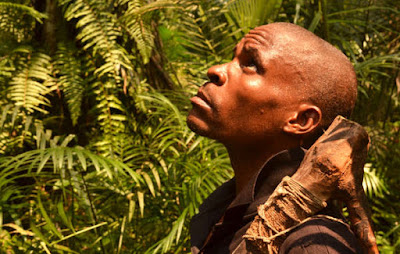 The Wildlife Conservation Society is forcing Bayak Pygmies out of their historical hunting grounds to establish a national park. WCS is using the cover of anti-poaching laws and environmental awareness to force a traditional society out of their homeland at gun point. In the Congo Republic,they are using the same tactics WWF used in Cameroon and other West African countries. WCS is paying armed guards to terrorize and torture the Bayak for subsistence hunting under the false pretense of preventing poaching. At the same time, they have partnered with and allowed logging companies to cut down the forests killing far greater numbers of animals than what Bayak do to simply feed themselves.

UN Convention 1021 defines genocide as (a) Killing members of the group;  (b) Causing serious bodily or mental harm to members of the group;  (c) Deliberately inflicting on the group conditions of life calculated to bring about its physical destruction in whole or in part;  (d) Imposing measures intended to prevent births within the group;  and (e) Forcibly transferring children of the group to another group. Wildlife Conservation Society is complicit in (b) funding guards to maim and shoot the Bayak and (c) have made it more difficult for them to find food. The tribal peoples are not ivory hunters looking to make massive profits from tusks; they are simply exercising their natural right to preserve their own lives in accordance with the law of equal liberty. We in the civilized world put much greater constraints on the environment and kill far greater numbers of animals than any traditional society; we simply have the convience of remaining ignorant of our impact. For instance, If you use any products that contain palm oil, and the vast majority of people do, you are complicit in the destruction of rain forest habitats from South America to southeast Asia.
Posted by Alexander Fayard at 7:09 PM