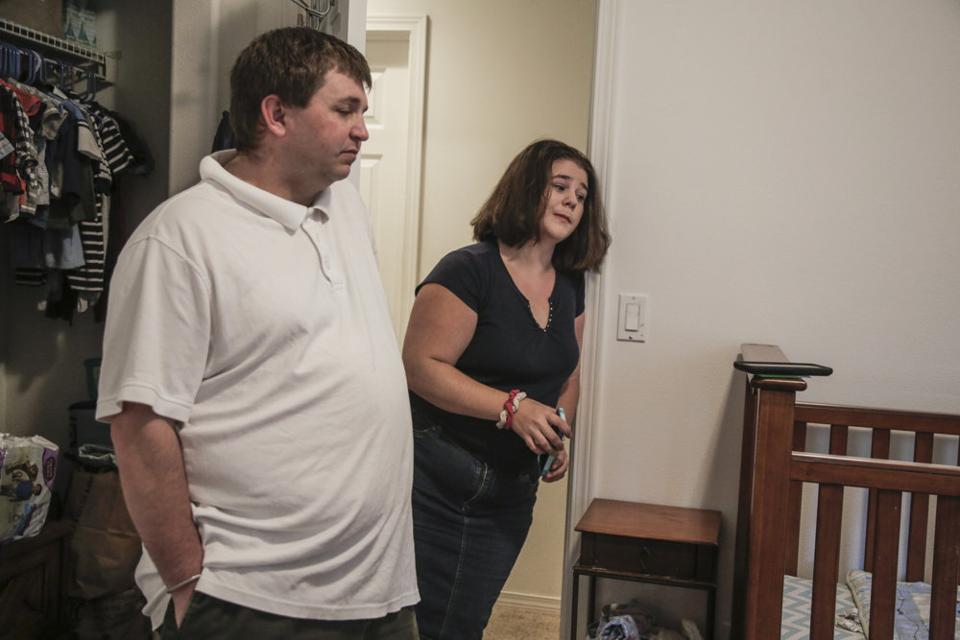 Amy Fabbrini and Eric Ziegler lost custody of both of their sons. The Department of Human Services placed Fabbrini's first son, Christopher, in foster care four years ago. They took her second son, who was born this February, straight from the hospital. While the state found no evidence of abuse or neglect, a psychological evaluation of the couple revealed that Fabbrini has an IQ of 72 and Ziegler has an IQ of 66. Thus, the state used their lack of intelligence as the sole grounds for deeming them unfit to be parents. Amy Fabbrini's father, Raymond Fabbrini, prompted the state to take custody of Amy's first son Christopher. The report relays that she had a falling out with her father who urged her to put Christopher up for adoption and said among other things that she doesn't have the instincts to be a mother and was a lazy child that didn't do nothing. Her father currently has custody of twin girls she bore in a previous marriage before she met Ziegler. Since the couple lost custody of their newborn, they have taken classes on parenting, first aid, CPR and nutrition through WIC, MountainStar, and Healthy Families of the High Desert to no avail. They are currently only allowed supervised visits to their sons.

It doesn't make sense to assign as much weight to IQ as the state has. People with average or above average IQs can still have disorders that impair their judgment as parents to the point where they aren't able to sufficiently provide for and protect their children. It is not the best measurement of how well a person can raise a child by a long shot. A high IQ doesn't make one capable of being a parent and a low IQ doesn't make one incapable of being a parent. In Sub-Saharan Africa, the average IQ is 70 yet no one is advocating to take away their children despite the squalor they live in, but these facts are immaterial. The principle of the matter is that all citizens are afforded the same rights under the constitution regardless of intelligence or any other heritable characteristic. The 14th amendment stipulates that every citizen of each state must not be deprived of life, liberty, or property without due process and should be given equal protection of the laws. Fabbrini and Ziegler should first be proven neglectful and incompetent as parents before having their children taken from them, just as any other couple would be treated by the state. State law stipulates, among other things, that the case workers make an effort to reunite the family and that a magistrate conduct a permanency hearing to determine if the children can return home and plan for such an occasion. None of this was done.

From what I have seen in the video, their intellectual disabilities seem mild at worst. Perhaps assistance from a social worker would prove a better solution then breaking up the family.
Posted by Alexander Fayard at 6:03 PM