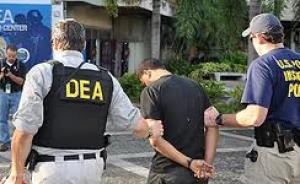 Last Thursday, Fox5 reported that twelve people were arrested for growing and selling cannabis in San Deigo. In most parts of the country this doesn't seem like anything extraordinary. Of course they got arrested for selling cannabis, it's a schedule 1 substance. However, recreational cannabis is legal in California. They weren't arrested for the cannabis, but for growing and selling it without a government permit. As long as the state remains the gate keeper of who can enter the cannabis market people will still be incarcerated for growing, selling, distributing, and ingesting the plant even if it isn't the electorate's intention. Only full deregulation of the growing, selling, distributing, and ingesting of cannabis will keep non-violent and otherwise benign offenders out of the crimminal training grounds known as the US prison system, which is also filled with illicit drugs despite the totalitarian control governments wield in them. Allowing people to enter the cannabis business without the government's permission would turn it into a true buyers market driving down prices and profit margins, which would make it less lucrative for organized crime who can undercut permited businesses and more transparent to consumers for whom there is already a wealth of information available on cannabis. It was government prohibition that created the black market and made it a windfall for organized crime in the first place by causing artifical scarcity. Erecting a new barrier in its place will keep the black market in existence. Full decriminalization would not exclude an age restriction; selling to persons under 21 could still be punished as contributing to the delinquency of a minor as it is with alcohol and tobacco. It would also not exclude legal sanctions against people who drive while high or while hot boxing. This could be considered reckless driving or a DUI under certain circumstances.
Posted by Alexander Fayard at 6:28 PM