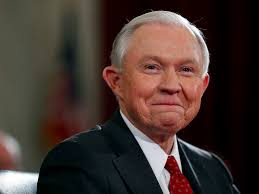 Back on July 19th, Jeff Sessions reinstated the equitable sharing program, abandoned during the last year of the Obama Admin, and called for an increase in civil forfeiture. The policy change allows police departments and sheriff's offices to circumvent state laws that require a criminal conviction or at least criminal charges filed to seize property from citizens, such as Utah which recently passed civil forfeiture reform. In the past few years, nine states and the District of Columbia have passed civil forfeiture reforms two of which have abolished the practice by requiring a criminal conviction before property can be taken (New Mexico and Nebraska). Civil asset forfeiture is based on two asinine notions: the accused is guilty until proven innocent and their property should be prosecuted separately as if it had agency. In practice, this means a man can be acquitted of a crime and still lose his property if he doesn't have the means to fight the civil case. Civil asset forfeiture is where the expediency philosophy of politicians twists itself into logical absurdities and contradictions. Sessions says he wants to protect innocent property owners, but most of the time it is innocent property owners who fall prey to these sorts of policies. As I reported back in April, most people targeted with civil asset forfeiture obtained their money legally and more often than not they are small business owners that deal in cash. For instance, in 91% of criminal investigations conducted by the IRS where money is taken through civil forfeiture, the businesses or people it is taken from obtained it legally. Civil asset forfeiture has wiped out peoples' savings, put small business owners in jeopardy, and caused tremendous stress for law abiding citizens who are just trying to make a living. We already know how Trump feels about civil asset forfeiture from what he told a Sheriff back in February. It isn't surprising that a man who has no principles and stands for nothing except personal enrichment would fall for such immoral and absurd policies, and it will only get worse.

In addition to increasing government robbery, Trump also promised to make domestic law enforcement look more like the military. Back in late July, during a law enforcement briefing on gang violence, Trump said he would lift restrictions on the transfer of surplus military equipment to local and state police. Ostensibly he is talking about Pentagon program 1033 that gives used military equipment to 8,000 law enforcement agencies across the country. The Obama Admin slightly scaled it down in 2015, banning certain items such as MRAPS, Tanks, grenade launchers, and guns .50 or higher, though the vast majority of equipment can still be transferred.

You know, when you wanted to take over and you used military equipment -- and they were saying you couldn’t do it -- you know what I said? That was my first day: You can do it. (Laughter.) In fact, that stuff is disappearing so fast we have none left. (Laughter.) You guys know -- you really knew how to get that. But that's my honor. And I tell you what -- it's being put to good use.

In this same briefing he encouraged officers to beat up suspects before they have their day in court. Of course, it is not surprising that he would use gang violence as a pretense to expand executive power.

Posted by Alexander Fayard at 5:27 PM