Will Washington Attempt Another Coup In Venezuela? 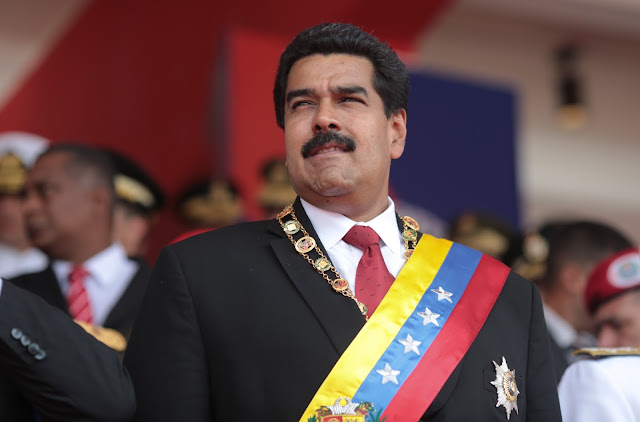 If you are not up to par, the Trump admin imposed more sanctions against officials in Maduro's cabinet. This is subsquent to the sanctions introduced against 13 Venezuelan officials in July and previous months. The Obama admin began imposing sanctions on Venezuelan officials shortly after Maduro was elected in 2013 and opposition began rioting in the streets, first in 2014, less than a year later, and subsquently in 2015 and 2016. In addition to continuing the sanctions of Obama, Trump has threatened to possibly invade Venezuela, presumably without congressional approval under the specious pretext of promoting freedom and democracy abroad while oddly crushing it at home. However, despite recent developments, hostilities between Washington and Caracas go back to the beginning of the Bolvarian revolution that gave army lieutenant Hugo Chavez a 15 year popular reign. As per usual the media strip everything of its historical context so they can push their talking points that just so happen to align with the Pentagon's agenda. In 2002, the Bush admin supported a coup attempt against Chavez, in which the military arrested Chavez, forced him to resign under duress, and installed the more corporate friendly Pedro Camanoa who immediately abolished the national assembly and supreme court, yet the state department only criticized Chavez for acting undemocratically. At this time, a similar coup plot against Maduro is even more likley with the Venezuelan economy still reeling from all time low global oil prices.

The mainstream media also seems to be setting the stage for a coup de'tat in their narrative which refers to Maduro as a dictator, implicitly blames him for all deaths in Venezuela, accuses him of human rights abuses, and perpetuates the lie that the national constituent assembly gives him unlimited power. Of course, Maduro isn't a dictator. Authoritarian? Yes, but socialism is authoritarian by its very nature. Unfortunately for the MSM, words have definite meanings and you can't just misapply them when it suits your interests. Webster defines dictator as a ruler with total power over a country, typically one who has obtained power by force. Maduro was elected by popular vote, and as bad as his policies are he's still not a dictator. Not surprisingly the same people who accuse Maduro of being a dictator also accuse Erdogan and Putin of being a dictator, even though all three are ElECTED officials. Furthermore, rioting, looting, throwing molotov cocktails at police, and blockading roads are not human rights and using police brutality to stop these things are not human rights abuses. The national constituent assembly is also not something new nor does it give Maduro unlimited power. Here again the media have stripped the event of its historical context. Venezula has experienced nine prior constitutional reforms in its brief history; the last one was initiated by Chavez and led to the drafting and adoption of the constitution of the Bolvarian Republic. The national constituent assembly is in charge of drafting a new constitution or amending an existing one and its members are chosen through national elections; it is not Maduro acting unilaterally. The 545 delegates are chosen through a complex electoral system which allocates eight seats to indigenous peoples and divides the rest between different sectors of the economy, municipalities, and rural areas. You can read more about it here

None of this is an endorsement of Maduro. I am no fan of Bolvarian socialism or socialism in general. I find it odd that the liberal media will not mention the real cause of the crisis in Venezuela. It is not a political crisis as the media pretends, but an economic one just as it is in Syria. A lack of democracy and human rights abuses didn't lead to the hyperinflation and commodity shortages that sparked the rioting and looting. In fact, democracy is what created this disaster in the first place. It wasn't until democracy was introduced to Venezula, in the mid 20th century, that its government began nationalizing companies and whole industries cumulating in the nationalization of the petroleum industry in 1976. The real culprit which the media will not name is Venezuela’s undying love for socialism and by socialism I mean the Webster definition of 'governmental ownership and administration of the means of production and distribution of goods.' A military invasion will not change that, only a change in national character will. A shift away from class warfare and central planning towards class cooperation and market liberalization is what is needed.
Posted by Alexander Fayard at 5:35 PM