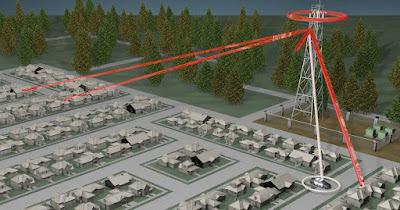 For those unfamiliar with this topic, stingray devices or cell site simulators are used to track cellphones. They do this by mimicking cell phone towers prompting phones nearby to connect to them. In practice, they are tools for dragnet surveillance, and some are even configured to pickup communication data from phone calls and text messages. Back in December of last year, the House Committee on Oversight and Government Reforms released a report revealing that state and local police purchase and operate cell site simulator devices, known as stingrays, in secret. The report titled Law Enforcement Use of Cell-Site Simulation Technologies: Privacy Concerns and Recommendations also identifies several federal grant programs that state and local law enforcement use to purchase the devices. The bulk of the funding for stingrays comes from DHS, which allows police to receive grants administered by FEMA. Funding from DHS only totals $1.8 million, but this is just the tip of the iceberg. The report indicates that several other grant programs exist specifically for purchasing stingray devices including State Homeland Security Program, Law Enforcement Terrorism Prevention Program, Citizen Corps Program, and the Intercity Passenger Rail Program. The committee's investigation, which was conducted using a sample of 4 major cities and 2 states, identified two law enforcement agencies that used DHS funding to purchase their sting ray devices, namely the Baltimore PD and the Tennessee Bureau of Investigation. The DOJ was also implicated in providing cell site simulators to state agencies, although they supposedly play a very limited role, and in their own words do not generally fund stingray purchases. But this is indeterminate. The real question is not who provides these stingray devices, but how are they used? The latter cannot be answered since the FBI along with the manufacturers of these devices require law enforcement agencies to sign non-disclosure agreements as part of the TOS. The non-disclosure agreements are strict. They forbid police departments from revealing any information about their purchase or use to the public even in criminal trials.

One of the manufacturers included in its terms and conditions of a sale language that the purchaser “shall not disclose, distribute, or disseminate any information regarding Customer’s purchaser or use of” the equipment “to the public in any manner, including but not limited to: in press releases, in court documents and/or proceedings, internet or during other public forums or proceedings.

The implications of this policy are far reaching. Police departments across the country could conduct warrantless surveillance within their jurisdiction and the public would be none the wiser. If the police are prohibited from mentioning these devices even in court proceedings and documents, it must be assumed this includes probable cause affidavits and pre-trial court hearings. If that is the case, then police would be more or less obliged to either omit evidence obtained through stingray surveillance or use parallel structuring to account for the evidence they obtained. Usually, they would have the incentive to do the latter. Of course, the ramifications here are two-fold. Even if the data police gather isn't used in court, it will more than likely end up in an FBI or DHS database (since these agencies are behind the non-disclosure agreements in the first place). Regardless of how this turns out, police that operate in secret always put liberty in peril. Transparency and public scrutiny are fundamental to republican government; without them a nation descends into despotism.
Posted by Alexander Fayard at 4:16 PM