Federal Agents Are The Modern Highwaymen 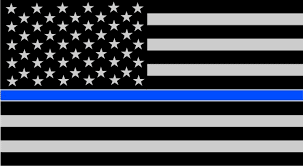 'The highwayman takes solely upon himself the responsibility, danger, and crime of his own act. He does not pretend that he has any rightful claim to your money, or that he intends to use it for your own benefit. He does not pretend to be anything but a robber.....The proceedings of those robbers and murderers, who call themselves the government, are directly the opposite of these of the single highwayman.'


-Lysander Spooner, No Treason: The Constitution of No Authority VI

The cases I presented of law enforcment stealing from law abiding citizens in Police Use Civil Forfeiture To Rob Small Businesses and my earliest post on the subject, Civil Asset Forfeiture, Anti-Structuring Laws And Other Spawns of The War on Drugs, are not isolated incidents of officers making honest mistakes; rather, they are symptomatic of the law enforcement environment in this country. Civil forfeiture itself has created the perverse incentive to chase after property instead of solving and prosecuting crimes, which takes more effort and is more difficult. Humans have a natural tendency to try and get the most gratification out of the least amount of effort. Government officials are no different in this regard.

As previously reported in Civil Asset Forfeiture Is Theft Most of The Time: the DEA has seized a total of $4.15B in cash through civil asset forfeiture, in the past decade. 81% of that cash, or about $3.2B, was taken without charging anyone with a crime or allowing any judicial oversight. The DEA could not verify whether they had advanced a criminal investigation in more than half of these interdiction seizures, which they conducted without a warrant, that the DOJ sampled.

A similar report released by the Treasury Inspector General for Tax Administration revealed that the IRS also seized assets mostly from innocent people in their criminal investigations of structuring violations. In a sample of 278 criminal investigations where the source of forfeiture funds could be determined, 91% of the investigations were conducted on businesses and people who obtained their money legally. They had their property taken solely for making multiple deposits under $10,000, violating a statute in the Bank Secrecy Act that few people know about. From 2012 to 2014, the IRS stole $17M from hundreds of small business owners solely because they made frequent deposits and withdrawals under $10,000.

But the DEA and the IRS aren't the only culprits in this mass robbery. According to a GAO report from 2014, DHS agencies such as ICE and CBP took $3.6B in property and cash, through civil forfeiture, from 2003 to 2013. This was the majority of the $7B taken by all federal law enforcement agencies during the decade. ICE contributed the majority of assets from DHS to the Treasury Forfeiture Fund by far. In the final year (2013), DHS took $1.1B in assets. Out of this total, ICE contributed $1B, which is about 91% of DHS forfeiture funds, the Secret Service contributed $52M and CBP contributed $51M.

Overall, civil forfeiture seizures have decreased a bit since 2014, but with Trump in the oval office we will likely see a resurgence in the practice under the pretext of 'law and order.' Not surprisingly, the very people who claim to advocate 'limited government' are the biggest champions of totalitarianism (when the government pushes their agenda) and the greatest enemies of property rights.
Posted by Alexander Fayard at 6:10 PM