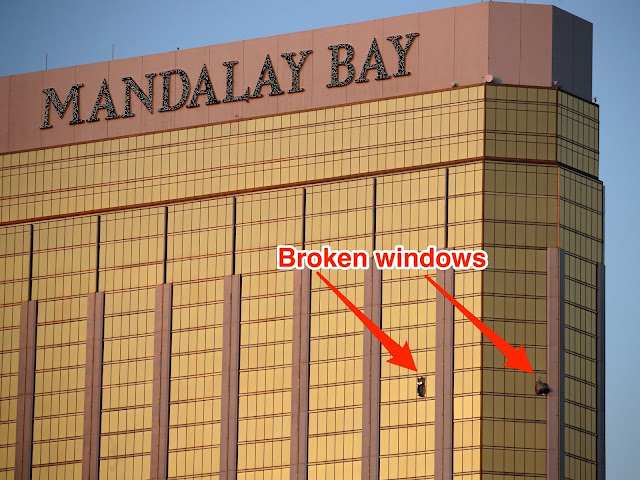 The Hotel claims that police were on the premise, with their armed security guards, responding to an unrelated call just before the shooting began. The hotel has also revised their timeline of events and now claim security guard Jesus Campos was shot 40 seconds before Paddock began shooting at the concert goers, contrary to the 6 minutes given by the revised police timeline.
Posted by Alexander Fayard at 1:43 PM