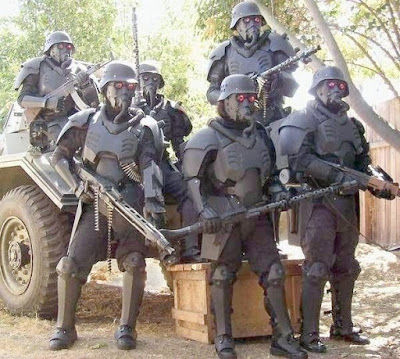 Courtesy of the Institute for Justice

It is common for police departments to use cash and property stolen through civil forfeiture as a slush fund to make extravagant purchases that aren't critical to their job, which seems to be robbery and murder nowadays, but the District Attorney of Delaware County, PA, Jack Whelan, has taken the practice to a new low, as if robbery isn't bad enough, by using the stolen funds to pay for relection campaign ads. According to City and State Pennsylvania, Whelan spent $53,000 to advertise himself for both the Republican and Democratic judicial primaries, so he could run unopposed in the election. That money didn't come out of his own pocket or from campaign donations, rather it was taken from taxpayers and civil forfeiture victims. Whelan claims these ads were a continuation of his public service campaign dicouraging the straw purchases of fire arms, but as IJ points out, Whelan increased ad purchases 540% 2 months before the election; in the previous year, his office spent a much smaller sum of $6,250 on these public service ads. Undoubtedly, the residents of Delaware county are impervious to his schemes and the incumbent DA will more than likely keep his office. As we all know too well, robbery tends to be cyclical.

Posted by Alexander Fayard at 7:01 PM