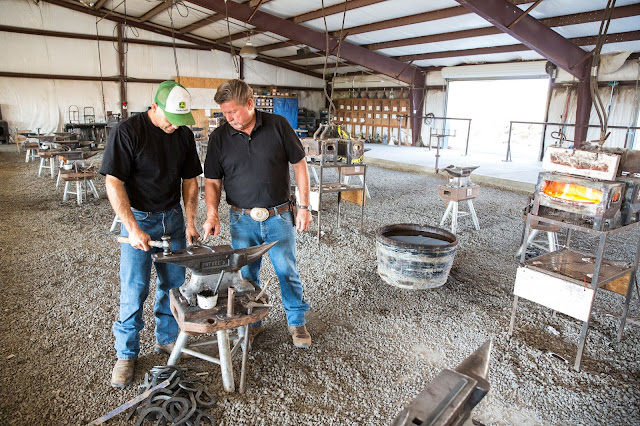 What we call 'laws' often have no bearing on ethics and the good of society at large. We can come to very cut and dried conclusions about some of these laws by examining their unintended consquences. But of course, there is always the problem of perspective; what appears good natured to one person can be detrimental to those who are less fortunate. One such law, the Private Postsecondary Education Act, makes it illegal for trade schools of any kind to accept prospective students who have neither graduated from High School nor passed the GED. One prospective student, Esteban Narez, wishes to learn the trade of horseshoeing at Pacific Coast Horseshoeing School, the state's only horseshoeing school, but he didn't graduate from highschool or pass a GED test. He dropped out of high school in his senior year, due to a major illness, and has worked as a ranch hand to pay his medical bills and support his family ever since then. The law was passed with the intent to crack down on diploma mills, but in the process it bars highschool drop outs from enrolling in private trade schools, making their chances for upward mobility even slimmer than they already are. An estimated 19% of adults in California, 25 years or older, have no high school diploma; learning a trade could be their only ticket into the middle class.

Other than hurting the poor, the law also touches on another issue, the first amendment right to free speech of which teaching a useful skill falls under. What Esteban would learn in Horseshoeing school is completely unrelated to what he would learn in a high school classroom. Horseshoeing as a craft predates modern education by thousands of years and does not require it as a prerequisite. What's at stake here isn't just occupational freedom, but also the freedom to educate one's self, to learn something new and pass it on to others. What makes this any different than banning certain people from learning how to plant a garden, or cook a meal, or remodel their home (imagine if you needed a high school diploma to watch hgtv)? These examples are more absurd than the present case, and the medium might be different, but they are the same in principle: marketable skills without an artificial barrier to learn them. They probably remain untouched only because states cannot yet censor the internet, but what is to keep them from doing so for 'our own good' as long as we allow them to dictate what we can learn in face to face interactions?
Posted by Alexander Fayard at 6:37 PM