Conservation Is A Pretext For Genocide (part 5) 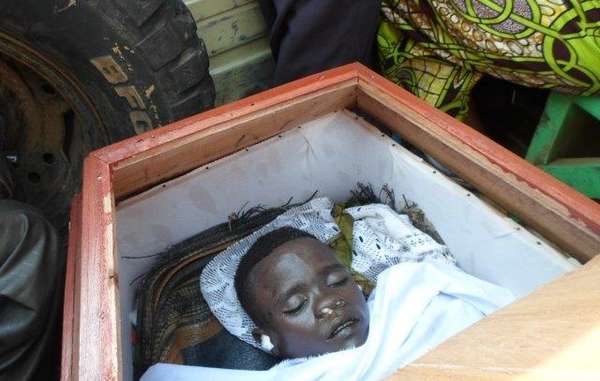 On August 26th, Mobutu Nakulire Munganga (however you pronounce that) and his son were gathering medicinal plants in Kahuzi-Biega National Park, when a so called 'anti-poaching' squad shot at them injuring the man and killing his son. Mobutu Nakulire Munganga is a member of the Batwa tribe, one of the various indigenous forest peoples spread throughout West Africa. They follow a traditional hunter-gatherer lifestyle, and like so many people of their type, face persecution from the governments within that region. The Batwa lived in what is now Kahuzi-Biega National Park for thousands of years, maintaining the wildlife and 'biodiversity' through subsistence hunting, before they were removed from the area at gunpoint. The murder of this man's son and the continued persecution of his people in general, has been carried out, in no small part, with the support of U.S. Conservation NGOs like Wildlife Conservation Society and the U.S. Government itself through USAID's CARPE program. While WCS and USAID aren't shooting and violently removing the Batwa from their ancestral lands themselves, they have made themselves accomplices to genocide through financial and logistical support for these eco-gaurds. USAID provides training, gives them monitoring software called SMART, and funds the construction of guard posts throughout the park. WCS and WWF also provide logistical support, funding for arms, and training to the 'eco-guards.' USAID and WCS are partners in their 'conservation' efforts through a little known program called the Central Africa Regional Program for the Environment, which was created during the Clinton admin. You can read more about it here

Forced removal dramatically decreases their quality of life. Without the forests, the Batwa and similar groups are forced to live on the margins of society as paupers. They face discrimination in both the public and private sectors of the dominant society making their chances of finding a new livelihood dismal. Malnourishment and disease have become more prevalent among the Botwa since they were prohibited from entering the forests, which has resulted in a spike in their mortality rate. Respecting their land rights would be an easy step towards remedying the problem.
Posted by Alexander Fayard at 5:31 PM