People Are Arrested For Pot Even When It's Legal 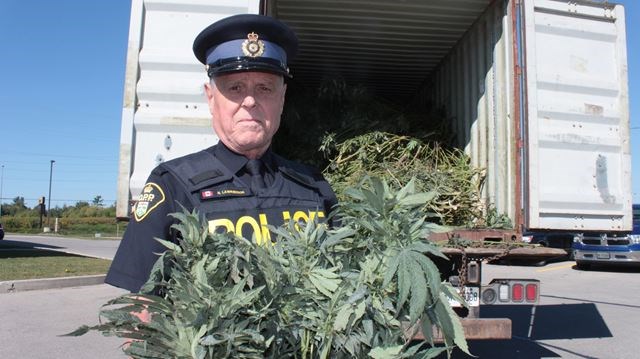 Source: Fox News of all places

Even if you sell or consume cannabis in a state where it’s legal, and even if you jump the myriad of permit and licensing hurdles required to do so, you can still be arrested. Case in point, California Highway Patrol arrested two employees of Old Kai Distribution, a pot delivery company in Mendocino County. Now recreational pot has been legal in California since 2016 and the company in question has a license to legally transport cannabis within the county, but that didn’t prevent the state police thugs from kidnapping them, taking their van, and taking someone else’s pot. What’s their justification? The company didn’t follow a law that hasn’t taken effect yet. According to CHP commissioner Warren Stanley, the company didn’t also have a state license to legally transport cannabis, but the licenses won’t be issued and take effect until the first of next year. We live in a country where the government can not only apply laws selectively and retroactively, but they can also enforce laws that don’t exist yet. That is why I’m skeptical of the whole marijuana legalization movement; it will only work in countries with rule of law: countries that don’t enforce laws selectively and don’t enforce the capricious will of officials. The saddest part is that people’s businesses are ruined because of this. The family farm that grew this cannabis lost their entire harvest for the year, and the retail businesses that sell it lost the money they put towards purchasing it.

Posted by Alexander Fayard at 7:36 PM