Conservation Is A Prextext For Genocide (part 7) 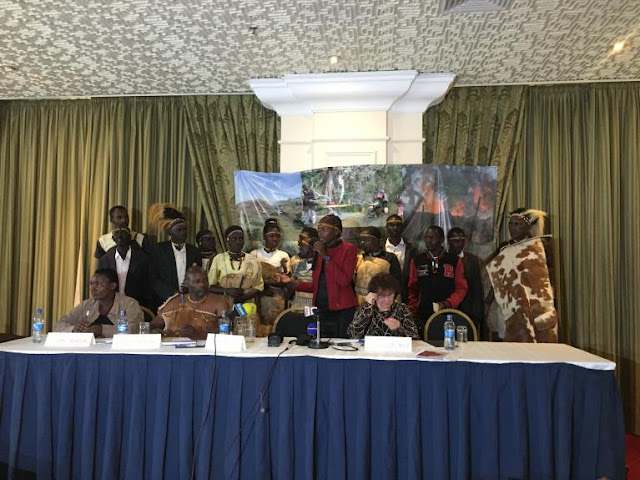 Source: Forest Peoples Programme, Call to respond to the threats to the Sengwer

Between December 25th and 29th, the Kenya Forest Service, which is partially funded by the EU, conducted another wave of evictions of the Sengwer communities in Cherangany Hills. 100 armed KFS guards were deployed to the Sengwer communities in Cherangany Hills and Embobut forest to force them to leave, arresting community members and burning their homes down. Despite being the indigenous inhabitants of Cherangany hills and Embobut forest, the Sengwer have faced decades of persecution by the Kenyan government simply for living there, even though the 2010 national constitution recognizes their right to occupy ancestral lands (Article 63.2.d.ii) and the supreme court of Kenya granted an injunction against the evictions in 2013. Oddly enough, the same region is the site of a joint conservation effort between the EU and Kenyan government: the Water Towers Protection and Climate Change Mitigation and Adaptation. The KFS and their parent agency, the Ministry of Environment, have used the presence of a water tower in the region as an excuse to terrorize the Sengwer, claiming to be protecting the water tower for Kenya. The video below is from a similar eviction conducted a few years ago.

UN Convention 1021 defines genocide as: a) Killing members of the group;(b) Causing serious bodily or mental harm to members of the group;(c) Deliberately inflicting on the group conditions of life calculated to bring about its physical destruction in whole or in part;(d) Imposing measures intended to prevent births within the group; (e) Forcibly transferring children of the group to another group.

Posted by Alexander Fayard at 3:18 PM