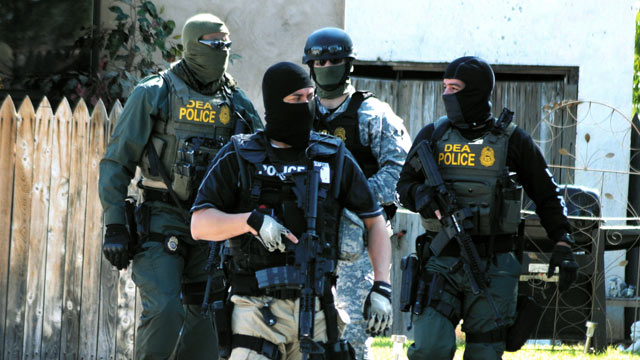 For those unfamiliar with the subject of civil asset forfeiture, I would suggest you read my previous posts on the subject including Police Use Civil Forfeiture To Rob Small Businesses, Civil Asset Forfeiture Is Theft Most of The Time, and my earliest post on the subject from January of last year Civil Asset Forfeiture, Anti-Structuring Laws, and Other Spawns of The War on Drugs. I’ve written at least a dozen articles on the subject, which you can find scattered on my blog page. If you look into the subject long enough you won’t be surprised when you come across cases where people have been found not guilty of the crimes they were charged with, but still lost their property. You see civil forfeiture takes the presumption of innocence and flips it on its head, when it comes to the deprivation of property (see 5th amendment to the Constitution). Unlike convicting someone of a crime, ‘seizing’ their property for suspected involvement in a crime requires a much lower standard of evidence. For a criminal conviction, the defendant's guilt must be demonstrated beyond a reasonable doubt, and he/she is assumed innocent until this is done; the burden of proof squarely falls on the prosecutor. Police use of civil forfeiture only requires the preponderance of evidence, which is primarily used in civil cases (hence the name). Furthermore, the burden of proof is reversed in civil forfeiture cases; the person who is deprived of their property becomes the plaintiff and the state becomes the defendant. It was originally created during the peak of the war on drugs to make it harder for gangs and cartels to operate, but like most ‘well intentioned’ government programs it grew into a multi-billion dollar monstrosity that mostly deprives innocent people of their cash, cars, and homes.

In this case, the victim was an elderly man that operated a few medical marijuana dispensaries throughout Grand Traverse County Michigan. A couple of years ago, his home was raided by the local drug task force and he was charged with multiple felonies and a couple of misdemeanors. All of the felony charges were eventually dropped and the man only ended up spending a day in jail. However, despite lacking the evidence necessary to prosecute him on the trumped up felony charges, they still accused him of purchasing his home with the proceeds of criminal activity and subsequently filed a civil suit too take his home and two bank accounts. Luckily, they didn’t even have enough evidence to say that his home and bank accounts likely resulted from the proceeds of criminal activity. It was mostly guesswork and fabrication, but that didn’t stop the Traverse Narcotics Team from tormenting him for years. They conducted multiple raids on his home, supposedly searching for illicit drugs, but they were really there for the money.

Court records detailed numerous raids from TNT, a multi-jurisdictional task force aimed at curbing drug trafficking in northwest Michigan. Murray contended several encounters were more focused on cashing in on his assets than enforcing the laws against drugs.

When they raided this house at 2 a.m. I must’ve heard it ten times: Where’s all the money? … That’s all they were here for,” Murray said. “That’s all their motivation: Money. It’s always money.

Civil forfeiture itself creates an incentive for this behavior. Why spend the time and money trying to prosecute people when it’s more expedient to just take their property and directly use it to fund your own agency. The purpose of civil forfeiture isn’t really to ‘curb’ drug trafficking so much as it is to generate revenue for police departments. In fact, this is the most common argument for civil forfeiture nowadays. But the root of the problem isn’t the underfunding of police departments or other state agencies. This policing practice is a result of the war on drugs and will continue expand until the federal government ceases its hostilities against our constitutional and natural rights under the pretense of keeping people safe from their own bad choices.

Posted by Alexander Fayard at 5:07 PM