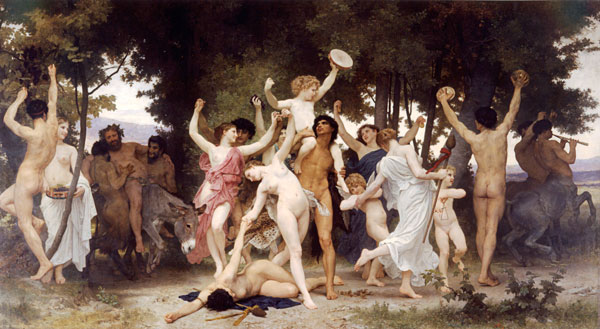 Human behavior is motivated by emotions, instincts and other unconscious drives.

Pleasure, happiness or what could be more accurately called eudaimonia is the only thing worth pursuing as an end in itself; the best life is lived in the pursuit of eudaimonia and the avoidance of pain.

Every choice has not only an immediate and intended effect, but several distant and unintended effects. This is true of isolated incidents and even more so of habits that form when the same choices are repeated often in enough over time.

The primary difference between rational hedonism and the more well-known sensual hedonism, the archetype that comes to mind when we think of hedonism, is the distinction between time preferences. Choices that lead to pleasure in the short term, may lead to long-term pain. Choices that are painful in the short term, may lead to greater long-term pleasure. The latter requires one to defer gratification; sacrificing a present comfort or pleasure in order to attain a greater pleasure in the future, while in the former one can act impulsively without forethought.

Both rational hedonism and sensual hedonism concur on both the first and second premise, but diverge on the third. Sensual hedonism typically does not involve premeditation or any deliberation over consequences; it is not so much a philosophy as it is a live for the moment attitude.

The second difference between rational hedonism and sensual hedonism, is that the object of the former is predominantly the stimulation of faculties exclusive to humans, while the object of the latter is the gratification of desires shared in common with lower animals. The rational hedonist pursues intellectual pleasures and develops moral sentiments such as sympathy, while the sensual hedonist pursues base pleasures such as indulgence in sex, eating, recreational drugs, alcohol, and the consumption of luxury goods.

The higher pleasures can be sustained for a longer period of time than the lower pleasures and provide greater satisfaction in less quantity. Repetition of the base pleasures leads to a diminishing response to the pleasurable stimuli and increased tolerance; the limits are material and definite. The intellectual pleasures and moral sentiments are not subject to the same definite limits; they may be repeated without diminishing the response.

The four cardinal virtues (i.e. justice, temperance, prudence, courage) are the frame of reference for rational hedonism in judging the merit of each pleasure and pain. Sensual hedonism has no frame of reference other than what is immediately convenient at present.
Posted by Alexander Fayard at 4:46 PM