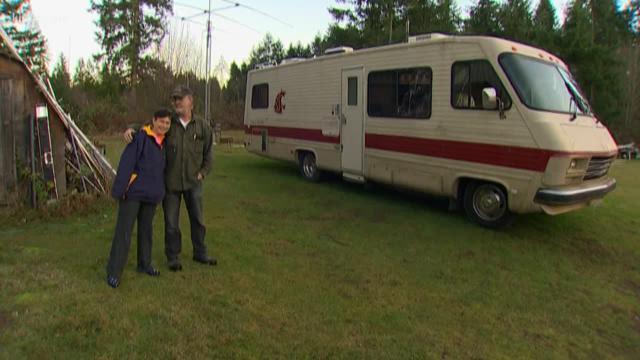 Everett Public School District intends to forcibly take Bruce Gutschmidt and Christine Messer’s home, through eminent domain, in order to build a second school building. Bruce Gutschmidt and Christine Messer have lived on the 1.8 acre property for the past 14 years, and the property has been in Gutschmidt’s family since 1967. It’s fair to say that the property has both a real and sentimental value to Bruce which the school district has failed to take into account. To rub salt in the wound, they have refused to compensate him for its full appraised value or help him with relocation expenses. Unless the couple has relatives and friends in the area, they could very well end up homeless as a result of the school district’s belligerence. The couple has until March 30th to pack up their belongings and move out.

While this eminent domain seizure is for a public use, it violates the just compensation part of the 5th amendment takings clause. Not only are they offering him less than half of his property’s appraised value, they’re also refusing to compensate him for relocation costs. Regardless of how noble their ends are, forcing someone out of their own home, and especially without fair compensation, is always wrong, but that has become the norm in the USSA, where no one has property rights apart from government agencies. The actions of this school district are really no different than the eviction of pygmy clans from the forests of the Congo. Sure, Bruce Gutschmidt and his girlfriend aren’t repressed minorities in a third world country, but the actions are morally equivalent. In both instances, the government claims to use violence for some noble and lofty goals. In the Congo it’s to create national parks to preserve wildlife or the ‘world’s heritage’ as Europeans like to call it. Similarly here, it’s to educate children. In both instances, the government uses these lofty goals to justify violence, but politicians always have ulterior motives, which are impossible to have any certainty of unless you can read minds. That is why actions should be judged by their means, not their ends. The means doesn’t justify the end.

Posted by Alexander Fayard at 5:23 PM