In 34 States, Police Can Legally Rape People They Detain 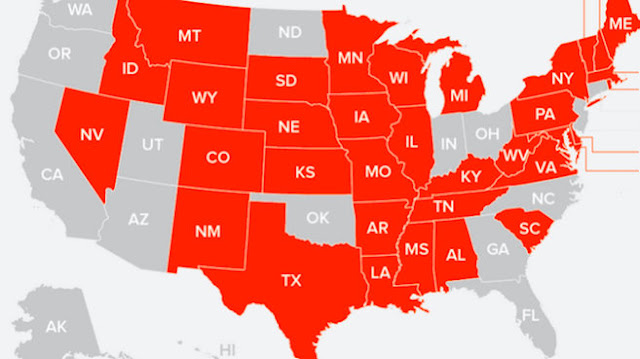 Currently 34 states, including my own, do not prohibit police officers from making sexual contact with the people they detain as long as they claim that consent was given. I don’t think I need to point out how this is completely inappropriate on the job even when consent is given; it should be a no brainer even for pro-cop simps. However, the coercive relationship between an officer and a detained citizen makes consensual sex all but impossible. To put this in perspective, imagine a scenario in which a young girl is caught with pot or some other illicit substance on her person. The officer, who is a straight male in this example, tells her that she can avoid arrest by giving him head. If she were to comply with his request, it wouldn’t be consensual by any known legal standard. Similar propositions are illegal in every other profession, but somehow the one profession that uses state sanctioned violence gets a free pass. Since 2006, at least 26 officers have been acquitted of sexual assault and rape charges by arguing that the detained person consented in their defense. To boot, sexual assault is one of the most reported forms of police misconduct second only to use of excessive force. From 2009 until 2014, approximately 550 officers lost their jobs for sexual assault and rape charges, and an additional 440 for possession of child porn and soliciting sex from minors. The example I gave earlier is not too far off from the real story of Anna Chambers, who was raped in the back of a police van by two plainclothes NYPD detectives. It began when the detectives caught her and 2 male friends smoking pot. They let her two friends go, but she was handcuffed and placed in the back of the van, which means sex was their motive all along, not some heroic stand against the reefer madness. It will be interesting to see how quickly state legislatures across the country follow suit and close this loophole out of sheer embarrassment to the rest of the civilized world.

Posted by Alexander Fayard at 4:18 PM