Police Brutality Cost Pittsburgh Over 11 Million During The Past Decade 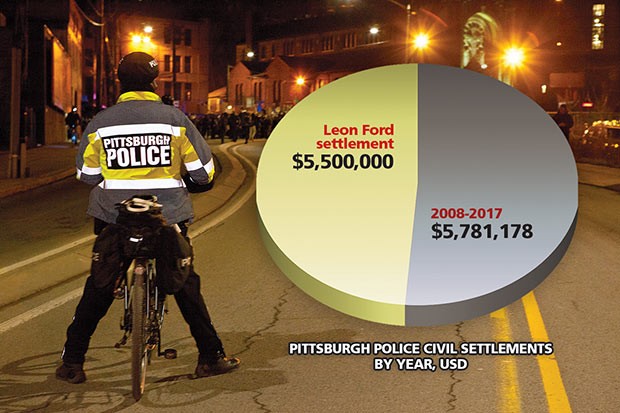 In case you haven’t seen it, I wrote a similar article last year about the civil settlement costs for Baltimore taxpayers over a five year period. You can find it here.

In 2011, the city paid $40,000 to Kaleb Miller following a claim of excessive force against Pittsburgh police officer Paul Abel. In June 2008, Abel allegedly assaulted Miller and shot him in the hand while off duty. Abel’s homeowner’s insurance was supposed to pay out an additional $4,500 as part of the settlement for Miller, but the decision was ultimately overturned and the city ended up picking up the tab for the additional $4,500. Following the incident, Abel was fired, charged criminally, acquitted by a judge and then given his job back by an arbitrator.

It is no secret that police are usually not held personally responsible for their misconduct, but this problem extends to all government officials as well. Unlike the private sector, where individuals and companies bare the cost of their failures and mistakes (unless there is some intervention to save them e.g. a bailout), government officials can always shift the cost of misconduct and failure onto taxpayers in the form of civil suits, settlements and public debt. Personal responsibility is foreign to them. This is why police officers, and really all civil servants, should be required to purchase malpractice insurance as a corrective measure, essentially a band aid policy until such time as alternative institutions can be introduced.

Posted by Alexander Fayard at 6:27 PM