They Owned an Island, Now They Are Urban Poor 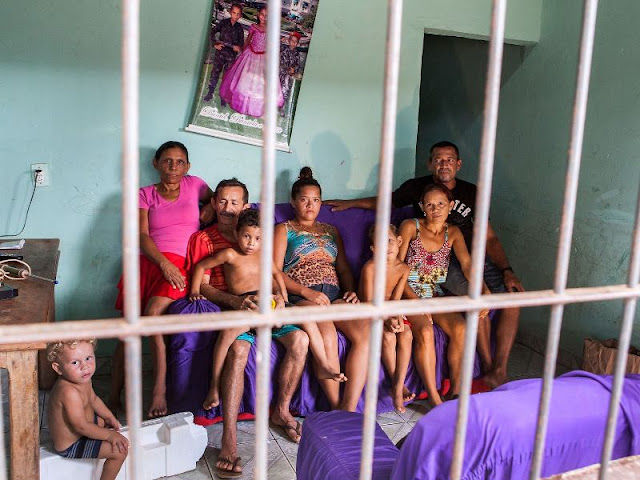 This article from Amazon Watch relates the stories of Brazilian people displaced from islands in the Xingu river by construction of a hydro-electric dam. These people called the Ribeirinho use to live off the land and fish the Xingu river, until the Brazilian government in conjunction with Norte Energia decided to evict them before the water rose above their islands. The Ribeirinho once got everything they needed from nature, free of charge, but now find themselves paupers living on the fringe of society in need of government handouts for subsistence. It reminds us that man is free in his natural state and only becomes subjugated in civilized society when he trades freedom for comfort and security. I'm not an anarcho-primitivist suggesting that we destroy civilization. The main concern here is land rights. We've seen this same tragedy unfold throughout history. Wherever governments have forced traditional societies from their homelands they have usually left them in conditions much worse than the subsistence living they were use to. This same scenario occurred in our own backyard where Indian tribes that once flourished off of hunting, forging, and some agriculture were reduced to welfare recipients dependent on the same institution that put them in those conditions. Here to I am not suggesting we turn back the clock, but that we learn the lessons of history and the fundamental importance of land rights to human well being. Protecting them would go along way to diminishing pollution and the persecution of traditional societies.
Posted by Alexander Fayard at 8:15 PM