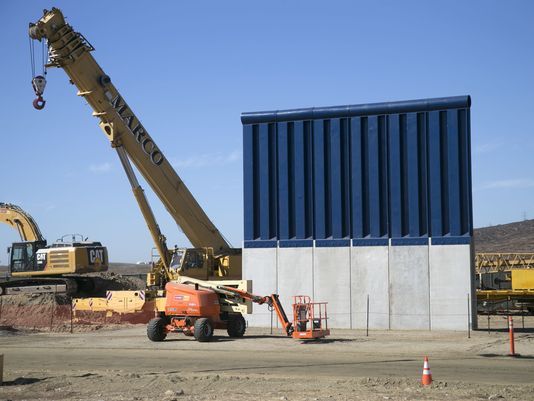 Juan Cavazos is just one of many landowners who will lose control of his property for the preservation of our white nation. If the wall goes up he will lose access to 10 acres of his land, and since this part of his property has already been condemned the government can now pay him less in “just” compensation than the fair market value before the feds took over his land. Anyone familiar with how the government uses eminent domain knows that “just” fair market value compensation is utter bullshit. Usually they try to pay private landowners as little as possible, and unless that person can afford a good attorney they will usually get ripped off. 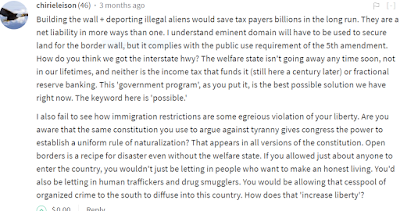 I’ve come to realize that the arguments in favor of building a wall, especially from some libertarians, basically boil down to the ends justify the means and an appeal to tradition (i.e. we’ve always done it this way) two rationalizations that I usually vehemently condemn in other areas because I can see that that the long term effects are detrimental. These same rationalizations were used to justify some of the worst human cruelties in history. Similar arguments were made by the Eugenics movement in the early 20th century, not just in favor of immigration restrictions, but also anti-miscegenation laws, forced sterilization by court order and at its height state sanctioned ‘mercy killing’ of people deemed genetically unfit, all for the greater good of humanity. We can look down the road and see that the logical conclusion of these expediency justifications is a tyranny that none are safe from.

Posted by Alexander Fayard at 1:20 PM