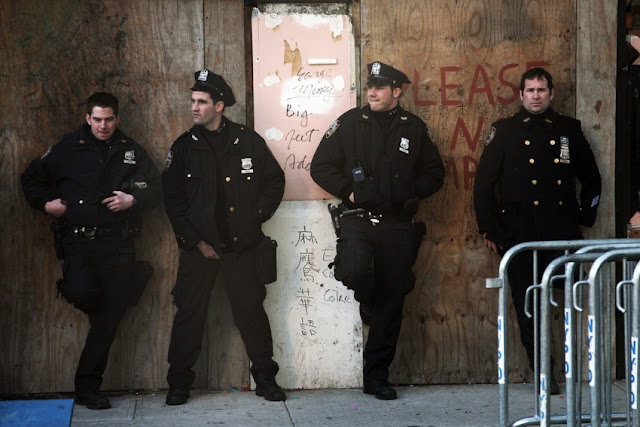 And keeps it a secret from the public.

From 2011 until 2015, at least 319 NYPD employees committed criminal offenses, but were allowed to keep their jobs. At least 50 employees lied on official reports, under oath, and in internal affairs investigations. 57 employees were found guilty of driving under the influence. 38 officers were found guilty of using excessive force and instigating fights by a police tribunal. 71 officers were caught ticket fixing. At least 3 officers were found guilty of sexual harassment, one of whom solicited sex from a minor. One officer sold prescription drugs to another undercover officer, and another officer threatened to kill someone. The police commissioner gave all of them a year of dismissal probation, which amounts to a slap on the wrist. They were allowed to keep their job and salary; the only difference is that they got less overtime and weren't eligible for promotion during the one year of probation. What’s more disturbing is that the public isn’t allowed to know about their misconduct. New York is one of fifteen states where officers’ disciplinary history and personnel files are confidential and can only be released by court order, so the public is kept in the dark about crooked cops. This information only came to light when an anonymous source within the department leaked it to Buzzfeed.

There is also no proportionality in the manner in which this penalty is applied. Officers that commit minor infractions, which are not necessarily criminal in nature receive the same punishment as those who commit criminal offenses. According to the NYPD, 777 officers in total were given dismissal probation over the same five year period, some of whom were punished arbitrarily for complaining about other officers’ misconduct or not going along with their department’s politics. Not surprisingly, the union that represents these thugs didn’t want to talk about anything negative. The deputy commissioner of the Advocate’s Office also had little to offer in the way of a justification since state law prohibits him from talking about specific disciplinary trials.

Posted by Alexander Fayard at 10:36 AM