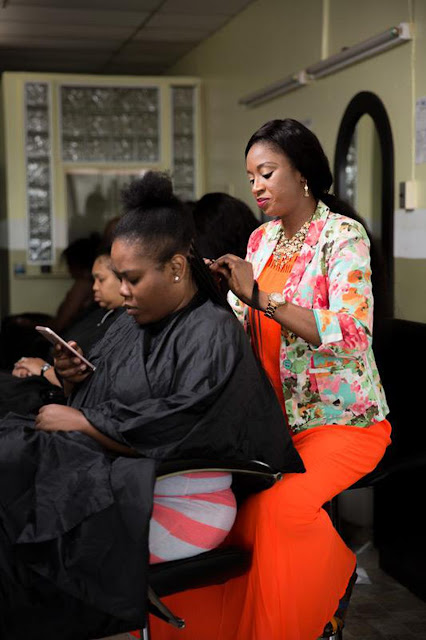 Something as innocuous as hair braiding, an art that has been practiced for thousands of years and is deeply rooted in many African cultures, is illegal in twenty-five state’s if it’s done for pay without the government’s permission. Fatou Diouf, an immigrant from Senegal who braids hair for a living, a skill she learned as a child, found out the hard way when the state of Tennessee imposed $16,000 in fines against her for hiring employees who did not have the government’s permission to braid hair. And she’s not alone. The Tennessee board of cosmetology and barber examiners has levied $100,000 in fines against braiders in more than 30 different salons simply for practicing their art without paying the board for a license to do so.

After examining meeting minutes and disciplinary actions for the Tennessee Board of Cosmetology and Barber Examiners, the Institute for Justice has identified nearly $100,000 in fines levied against dozens of braiders and more than 30 different natural hair shops and salons since 2009. All of those violations were for unlicensed braiding; none were triggered by any health or sanitation violation.

Obtaining a license to braid hair in Tennessee is no easy feat. In fact, it’s unaffordable to some. To become a licensed “natural hair stylist” in Tennessee, braiders have to complete 300 hours of coursework in one of three Cosmetology schools within the state, which costs them $1,500 to $5,000 in tuition, just to learn a skill they already know and several other skills that aren’t relevant to their jobs.

Occupational licensing does not make hair braiding safer or improve the quality of the service. All it does is kill employment opportunities for black women and force some to work in the grey market. To demonstrate what’s possible without these needless market barriers, Mississippi was pressured to abandon a license requirement for hair braiding in 2016 after the Institute for Justice filed suit against the state. As of February, Tennessee only has 156 licensed braiders and natural hair stylists, though many more probably work without a license at home or in an established salon. In comparison, Mississippi has 2,600 legal braiders and only requires them to register with the department of health and pay a $25 administrative fee. The sheer absurdity of licensing hair braiders and the spotlight that has been shined on it has embarrassed state legislatures across the country into liberalizing the trade, but occupational licensing as a whole still maintains a firm stranglehold on economic growth in local economies, affecting one in three professions and more often than not keeping poor people and minorities out of decent paying jobs. The disparate effects of these market barriers can be seen in entry level occupations that provide some upward mobility. For instance, black or Hispanic non-white interior designers are 30% less likely to earn a college degree compared to white interior designers. Thus, states that require interior designers to have a college degree disproportionately exclude black and Hispanic designers. Similarly, licensing laws that require English proficiency and a minimum number of years of residency disproportionately exclude immigrants from legally working in their chosen career.

Posted by Alexander Fayard at 4:34 PM