Police Are Just Bureaucrats With Guns 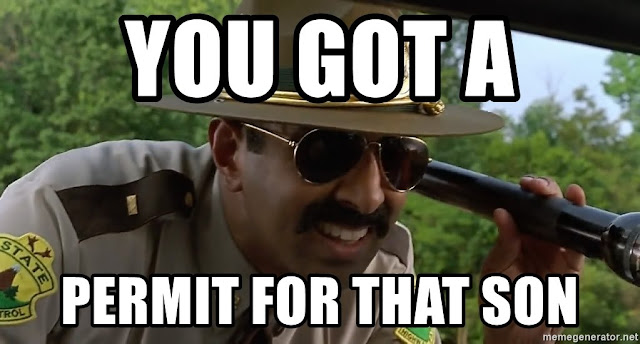 Sources: How Much Crime Fighting Do ‘Crime Fighters’ Really Do?, Fergunson and the Criminalization of American Life

A google search of the phrase ‘abolish the police’ turned up a 2015 opinion piece from The Nation, a left-wing news site, on the first page. The piece was written by someone who appears to be a BLM supporter and who would probably describe himself as a democratic socialist. While I agree with his conclusion that the police, as an institution, should eventually be abolished his reasons for doing so were very artificial and lacking in depth until he mentioned one statistic that struck a chord. According to prof. David Graeber of the London School of Economics, the average police officer only spends about 10% of his time fighting and solving crime; the other 90% is spent enforcing administrative codes; petty regulations that govern what you can do with your own property, how you must run your own business, and what you must have on and inside your own car. I am not sure where this professor got these figures from, and to be honest I was a bit skeptical at first since he didn’t include any references, but I was able to find corroborating evidence through a little bit of digging. In a 2013 study on Police activities and FBI crime statistics, Victor E. Kappeler, Ph.D., an associate dean of the school of justice studies at Eastern Kentucky University, found that only 2 out of 14 arrests police officers made in 2011 were for violent crimes and property crimes. Out of the 12.4 million arrests police officers made in 2011, 534,704 were for violent crimes, 1,639,883 were for property crimes, and 10,234312 were for petty offenses, which is about 82% of arrests. Furthermore, violent crimes like murder, rape, robbery, and assault only made up a fraction of the total number of offenses police had to contend with.

Even as some on the left begin to question the legitimacy of the people who enforce the laws, they still leave us wondering why they haven’t also questioned the legitimacy of the people who make the laws that police enforce. Mainstream political theory would have us believe that our lawmakers make their laws with our consent, but as I have pointed out in a previous post on voting the sheer number of laws and programs congress creates makes informed consent impossible, yet we are expected to adhere to this ethical standard in our daily interactions with each other. Voting, at least in this country, appears to be motivated by learned helplessness, not informed consent. This was apparent in the last presidential election when we faced the dilemma of choosing between two horrendous candidates. For these reasons, I would have to disagree with the author’s alternative to police which is a litany of additional welfare programs (albeit he does mention drug decriminalization, which I would agree with). We as private citizens are responsible for our own safety and security. The only real defense against violent criminals is a vigilant, armed, and organized citizenry.
Posted by Alexander Fayard at 7:57 PM