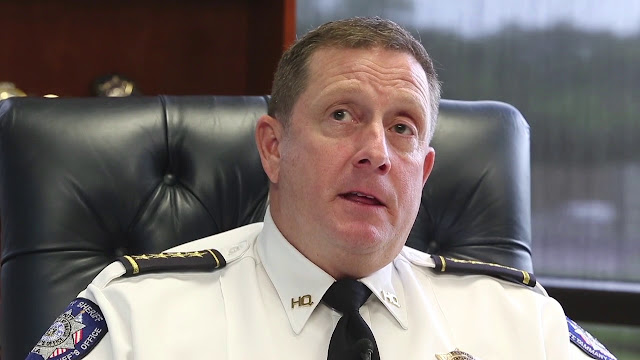 Army Veteran Chris Cambre didn’t want to go to the hospital, but they sure did give him a reason to.

While conducting a welfare check, five St.Tammany Parish Sheriff’s deputies beat and tazed Chris Cambre for refusing to be involuntarily hospitalized over an innocuous Facebook post. Chris Cambre did not threaten to harm himself or others, he simply posted I’m struggling over here, referring to his long ordeal with PTSD. Friends and family reached out to him thinking he was suicidal and one of them was dumb enough to call the police. In addition to the Pearl River Police and local paramedics, the dispatcher also called the St. Tammany Parish Sheriff’s office for backup, on the assumption that Chris Cambre would become violent and use his military training against the police. As the man himself relates, the five sheriff’s deputies arrived at the scene with their rifles drawn looking to kill. The Pearl River police reported that Cambre was calm and soft-spoken, never raising his voice to officers. However, the Sheriff deputies decided to escalate the situation after an hour of failed negotiations. One of them pulled out a collapsible baton and began beating Cambre to the ground while another shot him with a taser while shouting at him to stop resisting. The five deputies jumped on top of cambre, holding him down while continually beating him with batons before eventually handcuffing him and placing him on a stretcher. According to sheriff Randy Smith, beating innocent people who refuse unlawful detention is standard protocol. This is just another reminder that your constitutional rights only exist on the paper they were written on. You don’t have to be a criminal or do anything wrong to get attacked by these animals.

Posted by Alexander Fayard at 11:37 AM