The False Association Between Mental Illness and Mass Shootings 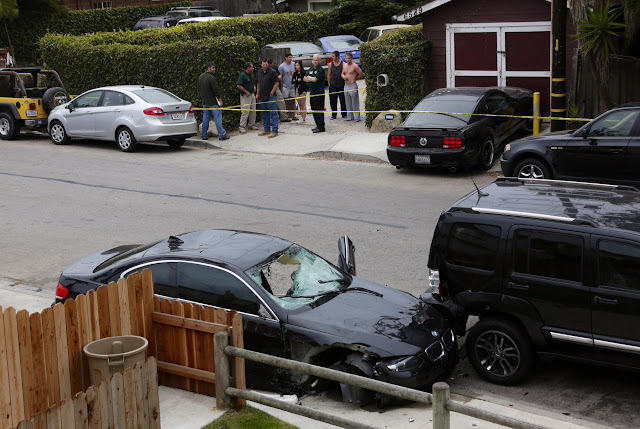 In the wake of every mass murder, whether it is a terrorist attack or a lone wolf mass shooting, the public, swept up by mass hysteria, has always looked for an easy scapegoat and a quick and simple solution to prevent similar tragedies from occurring in the future. In the case of terrorist attacks the blame is usually placed on Muslims or in instances where the perpetrator is not a Muslim, the tragedy is politicized to smear everyone on one side of the political divide. In the case of mass shootings committed by lone wolves, the tragedy is used to smear gun owners and the blame is placed on mental illness. In fact, mental illness seems to be the common refrain whenever a religious or ideological motive is absent, and it is usually followed by suggestions that we spend more on mental healthcare and prohibit people with mental illness from buying firearms, which is already a law on the books. However well-meaning these people may be they are marginalizing an already disenfranchised and misunderstood population based on the false notion that mentally ill people are inherently violent.

The corporate media plays no small part in promoting prejudice against the mentally ill. A 2013 survey study examining the effect of news media coverage of mass shootings on public attitudes towards mentally ill persons found that stories about mass shootings increased negative attitudes towards people with serious mental illnesses and increased support for taking away their rights (Mcginty, Webster, and Barry, 2013). Baseline attitudes towards people with mental illness were already pretty dreary; thirty-six percent of participants were unwilling to work closely with mentally ill people, thirty percent did not want them as neighbors, forty percent believed that people with a serious mental illness are far more dangerous than the general population, and more than seventy percent wished to ban people with mental illnesses from buying firearms (Mcginty, Webster, and Barry, 2013). The media takes this natural prejudice and amplifies it. Participants who read one of three stories describing a mentally ill person going on a shooting spree reported less willingness to work with or live near a mentally ill person compared to the control group, who simply responded to the survey, and reported a higher perceived dangerousness of mentally ill people (Mcginty, Webster, and Barry, 2013).

Although psychiatric patients are more likely to commit acts of violence compared with the general population, this disparity is due, in large part, to multiple social, economic, and psychological risk factors such as substance abuse comorbidity, low socioeconomic status, crime victimization, and early life trauma (Swanson et al., 2015). The MacArthur Violence Risk Assessment Study found that most of the violence committed by discharged psychiatric patients was attributable to substance abuse comorbidity; outpatients who had no substance abuse issues were at no higher risk of committing acts of violence than their non-mentally ill neighbors (Swanson et al., 2015). Psychiatric patients with substance abuse comorbidity are seventy-three percent more likely to display aggressive behavior than people who don’t have a history of substance abuse, regardless of whether they also have a history of serious mental illness (Rueve and Welton, 2008).Furthermore, studies that assessed the contribution of covarying risk factors such as crime victimization, exposure to neighborhood violence and substance abuse history found that psychiatric patients who only have a diagnosis of serious mental illness have annual rates of violent behavior that do not significantly differ from the general population (Swanson et al., 2015). For an issue that affects one out of five U.S. adults on an annual basis and about one out of twenty-five U.S. adults who suffer from a serious mental illness, it does not help to make sweeping generalizations and smear millions of people struggling to get along (National Alliance on Mental Illness,.n.d.).

The false but popular belief that mental illness causes mass shootings or that mentally ill people are prone to mass murder is a prime example of the post hoc ergo propter hoc fallacy; inferring that one phenomenon caused another simply based on their chronological order (commonly abridged as the post hoc fallacy). The narrative is usually that the perpetrator had a pre-existing mental illness or had developed a mental disorder, although the diagnoses of armchair psychiatrists is always dubious, therefore, mental illness caused the perpetrator to kill people. It would make about as much sense to say that ice cream causes violent crime since the sale of ice cream and violent crime both tend to spike around the same time of year. This is also an example of a hasty generalization. Just because one person or even a few mentally ill persons committed mass murder does not mean that all mentally ill people are violent. Social phenomena like violence are complex problems that cannot be delineated to a single cause, but rather have multiple causes and contributing factors that need to be studied in depth.