Why The Police Cannot Be Trusted 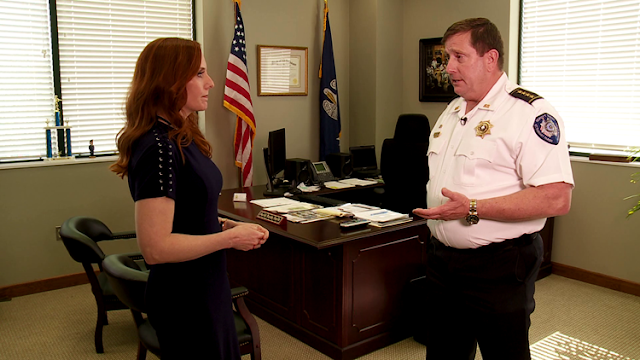 This happened where I live. Former St. Tammany Parish Sheriff’s deputy Bryan Steinert was caught lying about the outcome of two parts of a field sobriety test in a police report after a cellphone video surface contradicting his claims about a driver arrested for DUI. The incident in question took place on January 16, 2016, when then Deputy Steinert detained Ryan Heyd, an off-duty National Guardsmen, in his driveway for careless operation of a motor vehicle. Deputy Steinert arrested Heyd for intoxicated driving and in his police report stated that Heyd raised his arms to keep his balance during the one leg portion of the test, lost his balance three times during the walk and turn test, and was swaying side to side during the entire test among other things. However, a video taken by one of Heyd’s friends didn’t show any of these behaviors. After Ryan Heyd’s attorney sent a copy of the video to St. Tammany Parish DA Warren Montgomery, Montgomery dropped Heyd’s case and contacted STPSO about the blatant contradictions between the video and Steinert’s report. In an internal affairs interview, Steinert admitted that he fabricated the report on Heyd’s arrest by copying and pasting the affidavit of probable cause from a previous DUI offense and resigned before the internal affairs interview. This has called into question dozens of other arrests made by the former Deputy including the arrest and subsequent DWI conviction of Darren McFarland. Steinert arrested McFarland in the same month as Heyd and included identical passages about the subjects performance on the field sobriety tests, for instance, stating that they had to be told four times not to move their head during the Nystagmus test. However, McFarland’s BAC level was measured at 0.063 on the breathalyzer, which is below the 0.08 legal limit in Louisiana.

Steinert is a good boy, he dindu nuffin

According to Sheriff Randy Smith, Steinert’s false report on Heyd is not a criminal act even though intentionally filing false public records is illegal in Louisiana, punishable by up to 5 years in prison. It is very unlikely that Steinert will be charged now that the Sheriff has closed the internal affairs investigation and Steinert has already resigned. It is all too common for American police to cover up each other’s criminal activity, even when there is clear cut evidence of their wrong doing. Case in point, the police are not here to protect and you shouldn’t trust them. Their purpose is to generate revenue for the state which entails preying on innocent citizens. Until we change public perception of them they’re will be no political action to restrain they’re power.

Posted by Alexander Fayard at 10:45 AM