Not Just U.S., Cops Are Thugs In Other Countries Too 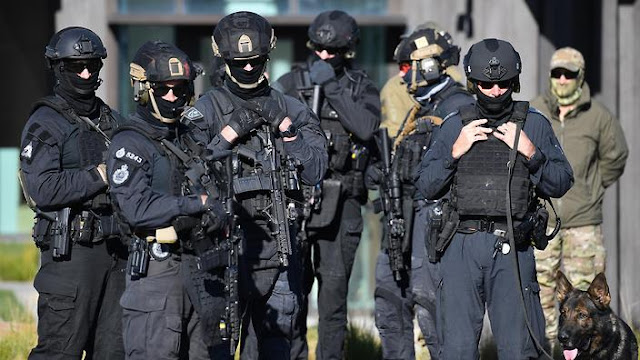 This is a story about a mentally ill man in Australia being beaten and tortured by police simply for wanting to be left alone. He did not commit a crime nor was he planning to commit a crime. The man was sitting in his house going through opioid withdrawals, after deciding to go cold turkey, while simultaneously recovering from chronic back pain, for which he was prescribed the painkillers, and cancer remission. The man was physically ill and not in the best of shape, to say the least, so it’s understandable why he didn’t want to be harrassed by police. These events transpired in September of last year after his psychologist stupidly called police to conduct a welfare check, worried about his mental health. Beating, pepper spraying and blasting the man with a hose obviously made his vulnerable mental state much worse and perhaps resulted in lifelong trauma. The psychologist should be considered liable for this incident along with the five pigs that assaulted him. Apparently Australia has a statute similar to the U.S. that allows police to involuntarily hospitalize people if they ‘appear’ mentally ill, which in practice allows these thugs to harass, beat up, torture and sometimes kill innocent people going through hard times.

You can see the original video in the source link. The CCTV camera video shows the police drag the man out of the door and pin him face down on the ground, after he yelled at them to leave him alone. One of the thugs begins to beat him repeatedly in the leg with a baton while another pepper sprays him in the face. After the man asks them if they feel tough for beating up a retired pensioner, one of them blasts him in the face with a hose while another films it with his cellphone, presumably to share it with his fellow gang members. The ambulance eventually arrives and the man is taken to the hospital.
Posted by Alexander Fayard at 6:41 PM