Should Psychologists Be Involved In Capital Punishment? 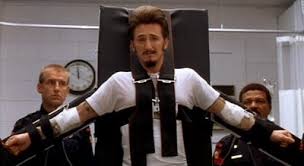 The question of whether it is ethically permissible for forensic psychologists to conduct evaluations of defendants in capital offense cases pertains to standard 1.02 of the APA code of ethics. Standard 1.02, which regulates conflicts between legal authority and professional ethics, obliges psychologists to inform the authorities in question about the conflict, their commitment to the APA code of ethics, and try to resolve the conflict in compliance with the general principles of the ethics code (Fisher, 2017). Furthermore, standard 1.02 prohibits psychologists from participating in any state sanctioned activities that may be used to rationalize human rights violations (2017). This last dictum was added to standard 1.02 in 2010 following the conclusion of an investigation into coordination between some APA staff members and DOD psychologists who provided guidance on torture techniques (Fisher, 2017). This amendment of standard 1.02 has brought other controversial psychologist roles into contention. In particular, some have called into question whether clinical psychologists should be involved in evaluating defendants who could face the death penalty. Fisher argues that the deeply flawed death penalty procedures and the inherent fallibility of psychological tests exacerbates the inequities in capital punishment that sometimes puts innocent people on death row (Fisher, 2013). To the contrary, Brodsky, Neal and Jones (2013) argue that the involvement of forensic psychologists helps prevent human rights violations by reducing the arbitrariness of death penalty proceedings and adding an assessment that ‘may divert defendants from the criminal justice process to the mental health system.

Capital punishment could be considered a human rights violation because the flawed criminal justice processes sometimes puts innocent people on death row. Since 1973, at least 102 inmates sentenced to death have been subsequently exonerated (Fisher, 2013). Furthermore, defendants who are racial minorities and have low socioeconomic status tend to receive the death penalty more frequently than white, middle class defendants who commit the same crime, suggesting that capital punishment procedures are highly skewed by racial and class biases (Fisher, 2013). Both discrimination and punishment of innocent people constitute grave human rights violations that psychologist should not participate in. The psychological evaluation of defendants is undermined by the fact that most test results for cognitive disability and other mental disorders are probabilistic in nature - they only establish the likelihood that the defendant has one or mental disorders that impair competency based on the similarity of their scores to those already diagnosed with the disorder in question (Fisher, 2013). For instance, IQ scores and adaptive skills are used to assess mental retardation, a condition which makes a death sentence constitutionally nonviable. The U.S. Supreme Court prohibited death sentences for defendants with mental retardation in Atkins v. Virginia, but failed to define the term (Fisher, 2013). In psychiatry, it is diagnosed as an intellectual disability and requires, along with current below average intelligence and a lack of adaptive skills necessary for independent living, a documented history of the two deficits prior to 18 years of age (Fisher, 2013). This would generally be difficult if not impossible for defendants from low socioeconomic backgrounds because children raised in poverty are usually never evaluated for intellectual or developmental disabilities and their academic and medical records tend to be sparse compared to children in higher socioeconomic brackets (Fisher, 2013).

A provision which prohibits psychologists from conducting competency for execution assessments may be objected to on the grounds that it does not directly implicate the psychologist in the execution. One argument for it being unethical is that the only purpose of these assessments is to aid the state in determining whether to kill the convicted (Bonnie, 1990). However, as Bonnie notes, a psychologist’s role in the competency for execution assessment is not clearly distinguishable from their other roles in the criminal justice process such as in evaluating whether prisoners should be placed in a mental health facility or whether they are fit for parole (1990). Furthermore, there is no qualitative difference between their sentencing evaluations in death penalty cases and their sentencing evaluations in non-death penalty cases (Bonnie, 1990).

Rather than outright prohibiting psychologists from participating in capital offense cases, the APA should allow individual psychologists to use their own discretion in deciding whether their involvement would be contrary to the general principles. Yes, the legal proceedings for death penalty cases are deeply flawed and prone to racial and class bias, but there are numerous legal safeguards, such as appellate review and federal habeas corpus petitions, to protect innocent and incompetent defendants, and the psychologist’s role here is to provide an objective framework for evaluating whether defendants are competent to stand trial and/or be executed. Therefore, the psychologist’s role in death penalty cases is one that helps protect human rights not one that justifies their violation

Posted by Alexander Fayard at 6:35 PM