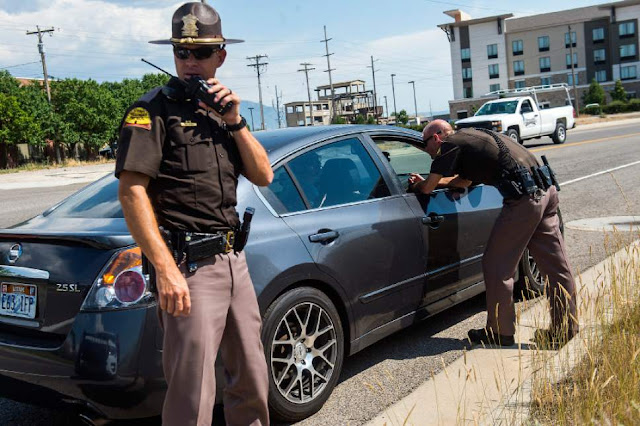 In 2016, Utah Highway Patrol pulled over Kyle Savely for tailgating another vehicle. For some reason, UHP called out a drug dog that “alerted” them, but it turned out to be a false positive. Although there were no drugs in Mr. Savely’s vehicle, but they did find a bag with $500,000 and stole it under using the rationalization that it could possibly be linked to a crime. Utah Highway Patrol handed the money over to the federal government because supposedly there was an active DEA investigation. In reality, they handed the cash over to the feds so they could keep 80% of the funds and avoid having to provide clear and convincing evidence that it was subject to forfeiture under the Utah Property Protection Act of 2000. Even if Utah Highway Patrol had clear and convincing evidence that Mr. Savely’s cash was criminal proceeds they would not be allowed to keep since the Utah Property Protection Act mandates that all revenue from asset forfeiture be contributed to the Utah Uniform School Fund. Mr. Savely was also acquitted of the minor traffic violation they detained him for and the DEA investigation turned up empty handed, to no one’s surprise. So it looks like they pulled him over on a specious pretext to steal his money.

'The highwayman takes solely upon himself the responsibility, danger, and crime of his own act. He does not pretend that he has any rightful claim to your money, or that he intends to use it for your own benefit. He does not pretend to be anything but a robber.....The proceedings of those robbers and murderers, who call themselves the government, are directly the opposite of these of the single highwayman.'

-Lysander Spooner, No Treason: The Constitution of No Authority VI

Posted by Alexander Fayard at 6:53 PM