If you’ve been keeping up with the national news lately, you might have heard that the Seattle city council unanimously passed an employee head tax for businesses that gross at least $20 million per year. The first proposal was annual head tax of $500 per employee, but outrage from the Seattle business community caused them to nearly halve it and settle for $275 per employee. Of course, $275 is a low-ball figure that doesn’t account for the cost of complying with the new head tax. Although the magnitude of the effect was minimized the incentive remains the same: hire less people. Low skilled, temporary, and part time workers will especially be vulnerable to the disincentive to hire because the tax doesn’t account for differences in contribution and wages. The homeless, the people who stand in most need of gainful employment aren’t helped in the least bit by this new disincentive to hire. Sure they’ll get better funded government services, but what good are these services if you can’t get back up on your own feet? A more intelligent city council would have considered the true cause of rising homelessness instead of arbitrarily deciding to punish employers for employing people, something which actually contributes to the decline of homelessness and extreme poverty.

Given the precarious position homeless people hold in society, I don’t think much can be done to elevate their status through government services. The stigma attached to this “lifestyle” is perhaps the greatest obstacle to digging themselves out and receiving free services only tends to raise people's’ ire against them. Add to this the fact that their dependence on government services can only ever be tenuous because it’s always susceptible to budget shortfalls and you have a recipe for social immobility. However, there is one government service that I’m in favor of, but one which remains unexamined due to current statutes against vagrancy and loitering. Repeal laws against vagrancy and loitering and allow the homeless to homestead on public land. There are numerous recent examples of the homeless, with the aid of private charity, coming together to build communities of small houses, but because of state laws that criminalize homelessness and force them into government dependence they were destroyed.

Los Angeles is Seizing Tiny Homes from the Homeless

However, despite government imposed setbacks there have been some success stories in this regard.

Tiny Home Village for Homeless People to be 100% Solar Powered

Denver tore down their tiny-home village. They built it again, this time with permission

Fighting Homelessness in Austin, One Tiny House at a Time

The lack of affordable housing in big cities like Seattle is a major contributing factor to homelessness. Developing communities of tiny homes provides the homeless with, independence, a sense of dignity and personal space, things they can’t be obtain by being herded into publicly funded shelters and treated like children. In addition to allowing them to live on public land, perhaps cities could also provide them with water and garbage collection. This would in effect make them like any other community, and go a long way in eliminating the stigma associated with their circumstances.
Posted by Alexander Fayard at 7:20 PM No comments:

Incels Are A Product of Your Society

Most of the buzz around incels - involuntary celibates - after the Toronto van attack is virtue signaling and moral grandstanding by people on the left, particularly internet feminists who have taken it upon themselves to point out the obvious. Apparently the statements rape is bad and you aren't owed sex are beliefs exclusive to their camp. There has been very little in the way of substantial analysis or constructive criticism of the incel community which Alek Minassian supposedly belonged too. One of the few credible perspectives on the incel problem is that they are a natural result of how society views sex and romantic relationships. Sure incels for the most part hate women, but their misogyny is only a symptom of a much larger problem. Incels don't just hate women; they hate society as a whole and 'normies' as they call other people. Although misguided there is some truth to their concerns. A society that is obsessed with sex and stigmatizes anyone who isn't having and/or pursuing it will inevitably marginalize certain men and some women. As long as men continue to believe in the false construct of virginity, which makes no sense when applied to men, and that their self-worth depends on female validation, another words it can't come from anywhere else, we'll continue to have self-described incels. I think much of the frustration is not a need for sex or companionship, but a need to fit in. Legalizing prostitution isn't going to help incels. It might provide other benefits, but it won't stop people from becoming incels. They need to find alternative sources of pleasures, goals and hobbies that give meaning to their lives. I would venture to say that a lot of them are shut-ins that have nothing going for them or work dead end jobs that don't allow them to hone their talents. They might have mundane lives with no sources of pleasure which is why they hyper-focus on this one thing. For example, Elliot Rodger, who is regarded as a saint to incels, had a rather boring life. He lived in a place that gave him the opportunity to take up anything he wanted to do in his free time, but all he did was drive around and complain about women not approaching him. He had enough money to become anything he wanted to be, but he couldn't even manage to stay in college. Social isolation also plays a role in their frustration. Opening up to other people that aren't on their forums would help them overcome some of their hangups and come to terms with their situation. I cannot speak for incels, but from personal experience I overcame my insecurity by questioning what I really wanted. I came to the realization that my insecurity and anxiety came from a desire to fit in and meet societal expectations rather than a desire to find what actually makes me happy. Who knows? Maybe some incels will realize the same thing.
Posted by Alexander Fayard at 7:12 PM No comments:

Source: Hundreds rally in Dauphin Island to 'Back the Blue,' and the Billas


As an outside observer who doesn’t feel loyalty to a group of violent psychopaths who call themselves government officials, it looks like a cult ritual. The thin blue line or blue lives matter movement is perhaps the pinnacle of state worship. Their blind faith and devotion to one particular class of government bureaucrats makes their socialist counterparts on the left look reasonable in comparison.

Community members, kids and town officials all joined to make signs, don shirts with a thin blue line and show appreciation for those who risk their lives to keep people safe. Organizer Lillian Ryan wanted the community and police to come together. “They are our lifeline, they are our protection.”

The premise of police being here to protect me is bullshit on all counts. The number one job of police is to generate revenue for other government parasites. The only person responsible for your protection, on a daily basis, is you. The truth is that unless you’re an informant or a witness to a crime, the police are not obligated to protect you. They don’t have to find the guy that stole your wallet, or find the people that broke into your house, or ‘even enforce restraining orders. They will however protect you from the evils of jaywalking and untaxed businesses. A ‘back the blue’ rally makes about as much sense as a back the IRS rally.

She said now more than ever, the community needs to stand up in support of law enforcement.

The community needs to stop being weak minded and realize that they’re responsible for their own protection. Dauphin Island only has 1,500 permanent residents and I’d assume most of them are gun owners since it’s part of Alabama. They could very easily organize citizen patrols to monitor what little crime happens there. And the island is only 15 miles long with only one main road so it’s not like they have a lot of territory to cover. An app could be created to report crimes and calculate statistics of the location of certain crimes and the time of say when they are mostly likely to occur to make the patrols more efficient. The sooner humanity outgrows it's infantile dependence on the state the sooner we'll realize that we're not as helpless as they want us to believe.

Posted by Alexander Fayard at 4:22 PM No comments: 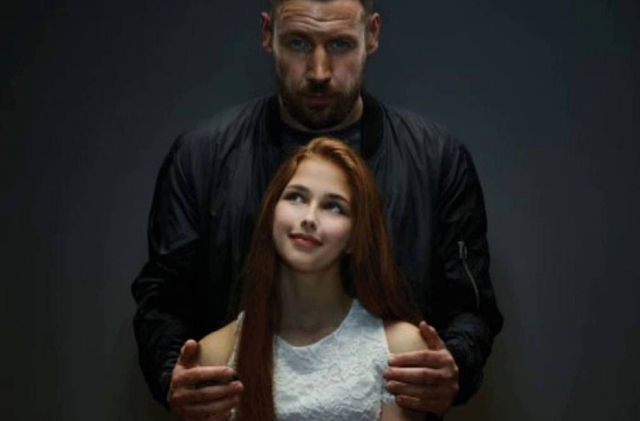 Source: Pimps Are Preying on Sex Workers Pushed Off the Web Because of FOSTA-SESTA

In another instance of the law of unintended consequences, the passage of legislation intended to crack down on human trafficking and sexual exploitation has only made it worse. Congress passed the Fight Sex Trafficking Online Act in March to shut down websites where people discussed prostitution and the sex trade. Instead of hindering sex trafficking, the new law has shut down online communities that supported sex workers and allowed them to escape exploitative and abusive procurers. These communities helped sex workers find food and shelter, warned them about potentially violent clients and educated them about their constitutional rights. These platforms are essential to a demographic that’s prone to homelessness and more likely to be victimized than the general population. Shutting them down removes their only source of protection.

Posted by Alexander Fayard at 10:44 PM No comments: