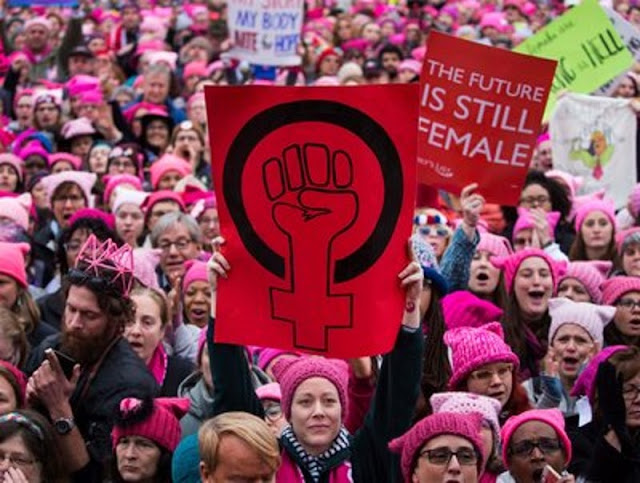 
Trump signed the little noticed Women’s Entrepreneurship and Economic Empowerment Act January 9th, likely at the behest of his daughter, who lobbied for it in congress where it was put on hold in the senate. While the new law seems well meaning and does contain some good provisions, it also gives professional feminists or 'gender advisers' power to dictate foreign aid policy mired in inter-sectional feminist restrictions on the design and implementation of all USAID policies, grants and programs.

As the Center for Family and Human Rights noted, it is very ironic that Trump would enact Obama's gender policies, especially ones informed by a radical left-wing cultural perspective that includes the whole spectrum of LGBTQ (and whatever other letters they'll add in the future). It is very likely that he didn't even read the bill and just signed it to make his princess happy. Whether he agrees with the law or not is irrelevant at this point. He approved it; he put his name to it; he owns it now, especially the parts that seem to run counter to his domestic policies. The Obama era gender policies in question are outlined in ADS chapter 205. The document details steps for implementing 'gender integration' through all USAID programs, making gender equality the main focus of all USAID projects, and by equality they don't mean legal equality or equality of opportunity. Apparently, the goal is to close gender gaps in status, access to resources, participation in the labor force, and leadership positions, presumably until they are about the same. The Bureau for Policy Planing and Learning, which shapes development policy, is mandated to have a full time gender adviser for this purpose.

Section 3 of the law subjects all USAID strategies, projects, and activities to 'gender analysis' and 'gender integration'. Gender analysis is defined as:

a socioeconomic analysis of available or gathered quantitative and qualitative information to identify, understand,
and explain gaps between men and women which typically
involves examining differences in the status of women and men and their differential access to and control over assets, resources, education, opportunities, and services

This could be interpreted in several different ways, but it seems to imply that the goal is equal outcomes between genders, rather than equal opportunities or more practically equal liberty. If they meant to imply equal opportunities or equal liberty they could have made this clearer by wording it different by, for instance, stating their goal was to remove legal and cultural market barriers for women in developing nations; however, this is not the case. It becomes clear that the goal is equal outcomes in section 4 (b), which introduces a gender quota for financial assistance.

50 percent of all small and medium-sized enterprise resources shall be targeted to activities that reach enterprises owned, managed, and controlled by women.

Posted by Alexander Fayard at 11:01 PM