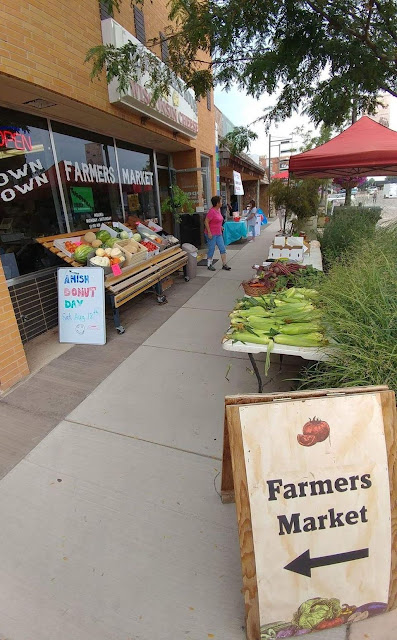 
In the past four years, 3 states, including Wyoming, North Dakota, and Utah, have passed legislation allowing farmers, ranchers, and cottage food producers to sell homemade foods directly to consumers without the usual licensing, permitting, and inspection requirements associated with the food industry. While this legislation excludes foods containing meats such as pork or beef, it allows farmers, ranchers, and chefs working in their home kitchen to sell any other dish imaginable directly from farms, ranches, homes, farmer's markets, and roadside stands to informed end consumer, meaning the product only changes hands once and the purchaser understands that they are in a buyer beware market. The Wyoming Food Freedom Act even exempts poultry, for farmers with less than a thousand birds, rabbit meat, farm raised fish, except catfish, and raw milk from the typical state regulations. In the absence of these burdens, cottage food vendors and farmer's markets have grown tremendously. The number of farmer's markets in Wyoming has grown by 70% since the Food Freedom Act of was passed in 2015. The North Dakota Farmers Market and Growers Association estimate that there are now about 600 farmer's market vendors, statewide, since the state passed their own Food Freedom Act in 2017. Utah now has almost 300 cottage food businesses since they passed their own version of the Food Freedom Act, the Consumption and Homemade Food Act, last May. The liberal laws have not resulted in any reports of food borne illnesses or contamination according to all three state health departments. Contrary to conventional wisdom, government regulations are not the only kind of regulations imposed on businesses. Without a supply chain, the producers' reputations are directly on the line; any report of food poisoning or illness could break them, especially in small communities. Just like restaurants, I am sure there are online reviews of different vendors and a rating system to inform potential customers about the quality of their products. In fact, the internet has made it much easier for consumers to regulate the products and services they buy; the information we need to make these decisions is now literally at our finger tips. In addition, private certification could arise for different artisan foods such as dairy products and ethnic dishes (e.g. Kosher certification). In the absence of state regulations, the collaboration among consumers will keep cottage food producers cautious and honest.

Posted by Alexander Fayard at 8:09 PM