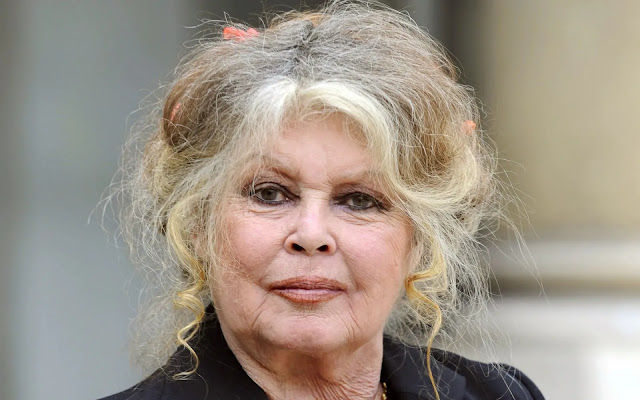 I disapprove of what you say, but I will defend to the death your right to say it

A French Animals rights lunatic (but I repeat myself) and apparently famous actress, Brigitte Bardot, is in hot water for making bigoted comments about the indigenous people of Réunion island, a French colony in the Indian ocean. She called the natives degenerate savages for practicing the Hindu custom of sacrificing some of their livestock, which is technically their property, during certain religious festivals. If you want to destroy your own property to placate gods that are probably imaginary, you should be free to do so. And if you want to criticize people who do that under the misguided assumption that livestock are equal to humans, you should also be free to do so. Usually this would be a non-story, but Brigitte Bardot may face prosecution just for making these comments. In fact, she has been criminally charged and prosecuted on five previous occasions for, I kid you not, Islamophobia which is kind of like arachnophobia or Ophidiophobia, because there's an element of truth and rationality to it. Now I understand that neither France nor any other European country has the first amendment like we do in the states, but they could at least refrain from making every snide comment subject to a criminal investigation. I also find it odd that a country that is still very much invested in maintaining its old colonial power structure, although through the indirect means via IMF and World Bank policies, is simultaneously concerned about racism and bigotry to the point of making it a criminal offense just for thinking about it. There is also, of course, the fact that no one has the right to not be offended, for any number of things could offend any number of people, and we would all go mute trying to never offend anyone. Rabid Leftoids here in the states have sufficiently demonstrated this last point by making every conceivable thing a white person could say to a non-white person, or person of color racist. They consider even the most innocuous questions such as 'where are you from?' to be a racist micro-aggression, which is apparently a crime white people don't even know they're committing. This country already experienced a similar type of repression under the Sedition Act. Twenty-six Republican journalists and editors were imprisoned for criticizing John Adam's federalist administration before we came to our senses and realized that outlawing criticism and divisive speech is a sure path to tyranny.
Posted by Alexander Fayard at 1:13 AM