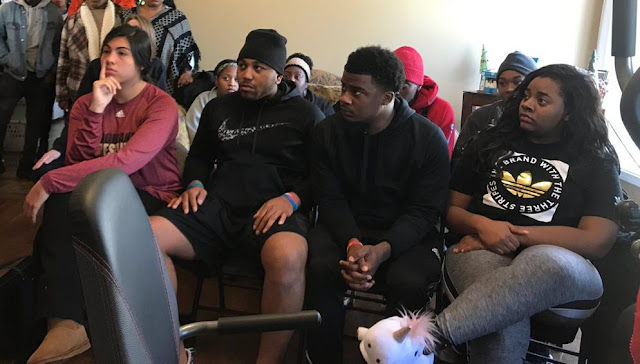 These events transpired at a House party in Cartersville, GA on New Years Eve 2017

It should be obvious that searching a house without a warrant, detaining and arresting individuals without probable cause that they committed a crime is a violation of the 4th amendment:

The right of the people to be secure in their persons, houses, papers, and effects, against unreasonable searches and seizures, shall not be violated, and no warrants shall issue, but upon probable cause, supported by oath or affirmation, and particularly describing the place to be searched, and the persons or things to be seized.

Due to a lack of evidence that any one of the 70 had possessed the small amount of marijuana and cocaine, and obvious constitutional rights violations, all charges were dropped on January 12th, 2018. However, the damage had already been done. The media coverage of this event cost many of the party goers their jobs, their reputations and legal fees for those who had retained a lawyer. In yet another demonstration of the law of unintended consequences, we see how the current war on drugs has allowed police to violate our constitutional rights with impunity, but perhaps we are at a turning point. With more and more states legalizing cannabis and recognizing the Opioid crisis as a mental health problem the whole war on drugs paradigm is being called into question. A victory for the party goers in this class action lawsuit could be another nail in the coffin.

Posted by Alexander Fayard at 7:16 PM