Molested By The State: Warrantlesss Strip Searches of Children 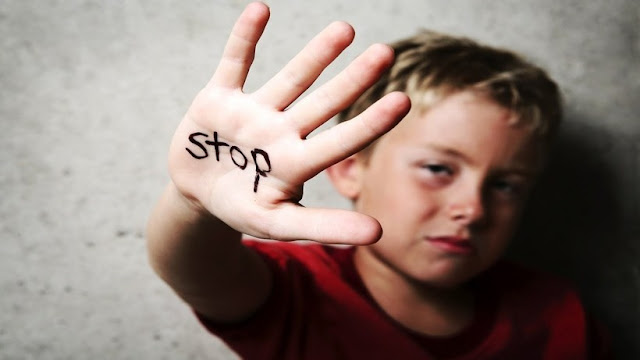 
This case pertains to a four year old child, identified pseudonymously as I.B. in the amicus brief, who was strip searched against her will and photographed by a CPS caseworker at preschool. The strip search was conducted as part of a child welfare investigation without probable cause that the little girl had been physically abused or neglected.

‘When the child’s mother, who is listed as Jane Doe, picked I.B. up from preschool one day her daughter asked, “Mommy, do you remember when the woman with white hair came to my school? I hope she doesn’t come again, because I don’t like it when she takes all my clothes off.”
The little girl’s horrified mother immediately contacted the preschool, but the teachers assured her that nothing had happened. Unsatisfied, Jane continued to press the school on the issue.
Weeks later, the school finally revealed that, during a child abuse investigation, a caseworker, Ms. Woodard, had strip-searched I.B.
Eventually, the investigator admitted that she had not only taken I.B’s clothes off against her will, but she had also taken color photographs of the child’s naked body. After finding that no abuse had occurred, Woodard had simply closed the investigation.’

While this was conducted at a formal preschool, the case has far reaching implications for home schooled children as well who have been subjected to the same warrantless searches in previous years. In the 1999 case of Calabretta v. Floyd, a CPS investigator entered a home without a warrant and strip searched a three year old child. The Ninth circuit court held this to be a violation of the family’s 4th and 14th amendment rights against unreasonable searches and seizures. A similar case occurred in Roe v. Texas Dept of Protective and Regulatory Services, wherein a 6 year old child was not only strip searched but also subjected to a ‘genital examination.’

Aside from concerns about the constitutional rights of parents and the psychological harm that strip searches and ‘genital examinations’ may inflict on children, this also brings the privacy rights of children to the forefront. Children have the same human rights, and ,to a certain extent, the same constitutional rights (delineated in the bill of rights), as adults. Sure children cannot vote, hold public office, enter into contracts, consent to participate in scientific studies, drive or consume alcohol but this is due to diminished autonomy rather than an absence of rights. The same restrictions often apply to adults with mental and physical disabilities, yet they are not stripped of their constitutional and human rights and relegated to an inferior legal status like convicted criminals. Likewise, a person who becomes unconscious doesn’t suddenly lose their rights and then regain them upon regaining consciousness. In relation to actions taken by the state or any public authority, children have the same rights as adults, which includes the right to privacy and the right to refuse unreasonable searches and seizures; these rights do not suddenly kick in at a certain age. Although a special exception could be made for infants and other children who are non-verbal, and we would have to defer to the mother or caretaker, we should recognize that just as children are not subject to the arbitrary and capricious will of their parents or guardians (i.e. restrictions on child abuse) they also should not be subject arbitrary and capricious actions of the state or public authorities (e.g. privacy rights). The fact that children are usually unaware of their rights makes this even more critical.

Posted by Alexander Fayard at 8:43 PM