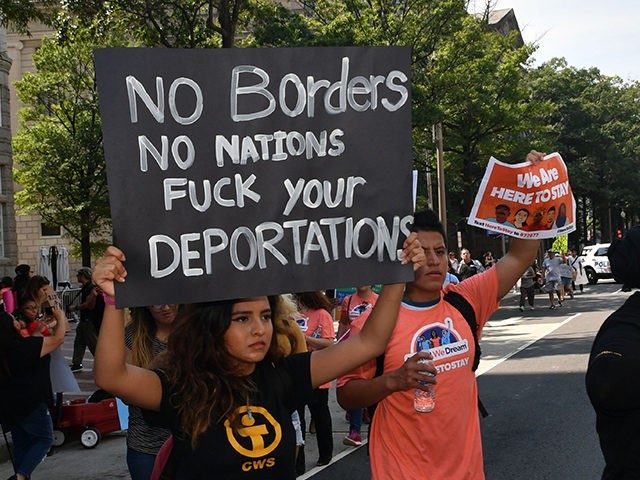 
One of the most misleading leftist talking points on illegal immigration is that illegal aliens don’t receive welfare benefits because they are ineligible. This is only half true; while they are ineligible for programs like Medicaid and CHIP, it doesn’t stop them from breaking the law to receive benefits. About a week ago ICE, in conjunction with a Boston Police task force, arrested twelve Dominican nationals for document and benefit fraud. The suspects used the identities of U.S. citizens from Puerto Rico, including their SSNs, to commit crimes and receive government benefits in the names of the victims of their identity theft. Ten of the suspects were illegal aliens, one was a legal permanent resident and one still had a pending application. Six of them had previous criminal records in the names of the victims of their identity theft.

This case is part of our ongoing effort to target federal crime in the Lawrence area,” said U.S. Attorney Andrew E. Lelling, “and we will keep up the pressure for as long as necessary. The 12 men and women charged allegedly stole and used the identities of U.S. citizens to live illegally in the United States, receive government benefits in the names of their victims, and even commit crimes in the names of those victims. This is a rampant problem, and my office is committed to helping those whose identities have been compromised to regain control over their lives.

As you might already suspect, this isn’t an isolated incident. Last year, the same LEOs arrested twenty-five illegal aliens, on similar charges, who had defrauded the federal government out of $250,000 in benefits including $200,000 for healthcare; this is just the tip of the iceberg. It is estimated that taxpayers subsidize the healthcare of illegal aliens to the tune of $18.5 billion annually including $11.2 billion for federal programs such as the ACA and Medicaid. Of course, not all of this cost is borne through identity theft. Most of it comes from uncompensated care costs in hospitals and states like California that provide healthcare coverage to illegal aliens through state only programs.

Posted by Alexander Fayard at 11:04 PM