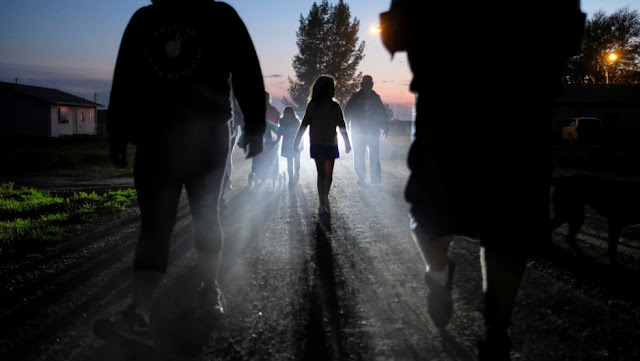 
In the present Convention, genocide means any of the following acts committed with intent to destroy, in whole or in part, a national, ethnic, racial or religious group, as such:

While most Western Nations abandoned Eugenics after World War II and adopted the Geneva protocols, including standards for medical and research ethics, the United States and Canada continued their programs with impunity. Several states in the U.S. continued to forcible sterilize American Indian women until the mid 1970s and Canada apparently did so up until two years ago and may have never stopped. Last year, 90 First Nation women filed a class action lawsuit against the Healthcare authorities of the Saskatchewan province and several doctors for sterilizing them without their informed consent. The cases go as far back as 2001 and as recent as 2017. Most of the plaintiffs were pressured into getting a tubal ligation right after giving birth.The lead plaintiff in the suit says she had her tubes tied after giving birth to her second child in 2008. The women was incapacitated and had been administered opioids when doctors attempted to get her written consent for a tubal ligation. Another Plaintiff named Lisa had a tubal ligation performed without her prior knowledge in 2001. Others were separated from their infants until they signed for the tubal ligation.

Posted by Alexander Fayard at 4:59 PM