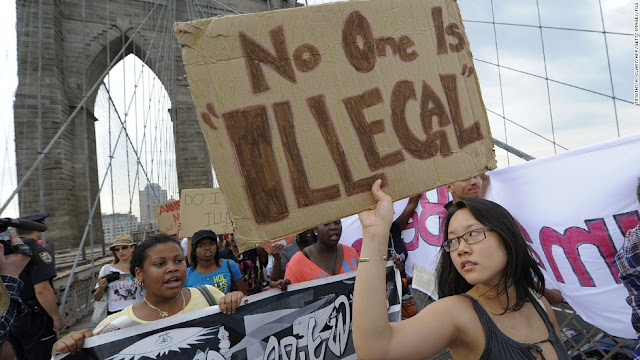 
More news on why illegal immigration is not a victimless crime

Jose Armando Pavon Salazar, a citizen of Honduras, conspired with 52 other foreign nationals to sell the birth certificates and social security numbers of U.S. citizens residing in Puerto Rican to illegal aliens living in the mainland U.S. He was arrested in El Salvador in January of 2018, in connection with the crime, and extradited to Puerto Rico. The fraudulent scheme involved buying Puerto Rican birth certificates and social security cards from a supplier for $400, receiving them through the postal service, and then selling them to illegal aliens residing in the U.S. so they could assume the identities of Puerto Ricans and mostly apply for jobs and welfare benefits. Jose sold these documents with full knowledge that the corresponded to the identities of real U.S. citizens.

It seems that illegal aliens overwhelming steal the identities of Puerto Ricans, probably because they most likely have spanish last names. In fact, identity theft and fraud against Puerto Rican citizens is so rampant that the government there had to invalidate every birth certificate issued on the island before 2010 and reissue security enhanced birth certificates. And while the island only has a few million residents, about 40% of stolen birth certificates come from Puerto Rico.

Posted by Alexander Fayard at 12:22 AM