How Congress Created Our Obesity and Mental Disorder Epidemics 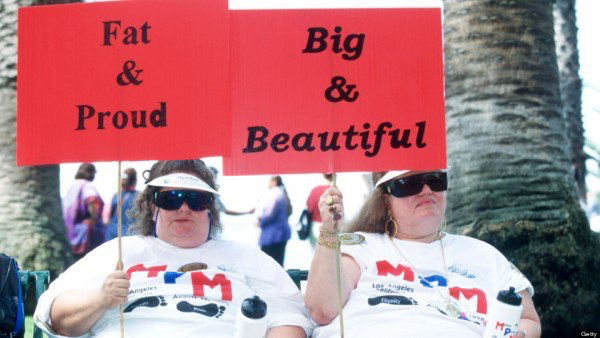 You are what you eat. Food is fuel for the body and it turns out cheap food high in saturated fats and refined carbohydrates isn’t good for your body or your mind; who knew?. A recent study in the field of neuroscience has found that typical diets in Western countries, especially the United States, are linked not only to obesity and other physical diseases, but also mental health disorders such as depression, anxiety disorders, and dementia (Jacka, Cherbuin, Anstey, Sachdev, & Butterworth, 2015). A longitudinal study published in BMC Medicine Journal found that unhealthy dietary patterns, characterized by high concentrations of saturated fats and refined sugars and a lack of nutrient dense foods, are independently associated with smaller left hippocampal volumes in older adults compared with dietary patterns characterized by nutrient dense foods (Jacka et al., 2015). A similar rodent study found that diets rich in fats and sugars results in memory impairments due to cognitive impairments affecting the hippocampus (Wu, Ying, & Gomez-Pinilla, 2003). Nutrient rich diets containing vegetables, fruits, whole grains and fish ( and other Omega 3 fatty acids) are associated with reduced risk and prevalence of depression disorders (Jacka et al., 2015). Of course, since the hippocampus has a major role in both memory and motivation, declines in this area of the brain should be expected to have much more detrimental results then what has been uncovered. Given the prevalence and convenience of eating unhealthy diets in the U.S., high in saturated fats and refined sugars, it should be no surprise to us why, according to the CDC, over 70% of Americans are overweight and nearly 40% are obese, including 1 in 5 adolescents. It should be no surprise why 1 and 5 adults experience some mental illness in any given year, with depression being the most prevalent disorder (NAMI, n.d.). Our eating habits are making us fat and miserable and we have good reason to believe that the new “fat acceptance” movement and the mainstream discourse about mental health have grown out of this.

If you think obesity and its associated diseases are just a matter of poor individual dietary choices, then you’re dead wrong. There is no area of our lives that government policy does not touch and this includes our diets. Sure, the government does not force you to eat certain foods, at least not yet, but they do control which kinds of foods are the cheapest and most available. This is mainly done through the annual farm bill used to provide a plethora of subsidies (such as crop insurance) to our agricultural industry. More than half of the daily calories Americans consume are derived from subsidized agricultural commodities (Siegel, Bullard, Imperatore, Kahn, Stein, Ali & Narayan, 2016). Current agricultural subsidies are focused only on a handful of commodities, mainly corn, soybeans, wheat, rice, sorghum, dairy, and cattle (Siegel et al., 2016). Much of these are used to produce high fat, high sugar processed foods, refined grains and soft drinks. For instance, 50% of domestically grown soybeans are used to produce oils, such as hydrogenated oil prevalent in fast food, and 5% of domestic corn is used to produce high-fructose corn syrup, used to sweeten soft drinks and junk food (Siegel et al., 2016). About 70% of the fats and oils we consume are produced from soy oil and another 8% are produced from corn oil (Wallinga, 2010). In 2002, the USDA concluded that the primary factor contributing to the growing obesity rates was a 300 calorie increase in average daily consumption between 1985 and 2000 (Wallinga, 2010). Out of the extra 300 calories, 24% came from added fats, 23% came from added sugars, and 46% came from refined grains. In a 2007 follow up, the USDA found that the average daily consumption was 400 calories more than it was 2 decades earlier, and 600 calories more than it was 3 decades earlier in the 1970s (Wallinga, 2010). Most of the extra calories came from refined grains, especially corn (Wallinga, 2010). Since almost all of the extra calories Americans have consumed over the past few decades have come from only a handful of subsidized crops and commodities, it should not be surprising that higher consumption of foods produced from subsidized agricultural commodities is associated with a 14 to 41% probability of cardio metabolic risk (i.e. the lifetime risk of developing cardiovascular disease) and other conditions and diseases associated with obesity (Siegel et al., 2016).

The current glut of cheap crops that are being turned into cheap processed food is the result of a 1974 USDA policy that encouraged overproduction of cheap commodities so U.S. agriculture could dominate global markets (Wallinga, 2010). As with most federal policy making, the unintended consequences were out of sight and out of mind. The intended overproduction of these commodity crops resulted in low prices that drove many small farms out of business (Wallinga, 2010). The emergency payments to farmers, which predate the Trump admin, is a result of these cheap food subsidies that encouraged overproduction and plunged prices (Wallinga, 2010). Another unintended harmful consequence of this policy is that Americans consume 24% fewer servings of vegetables daily then what the USDA recommends (Wallinga, 2010). Of course, vegetable and fruit production does not qualify farms for emergency payments and is prohibited in some farm bill programs (Wallinga, 2010). Obesity was not a problem in the 1970’s, so it’s easy to see how they would not have foreseen it, but it does demonstrate how disastrous a simple minded approach to policy making can be. Any decision at the federal level will always have not only one intended effect, but several unintended effects. Since the link between cause and effect is so disconnected and blurred at this level, it’s difficult to spot bad policies unless you study them in depth.

Posted by Alexander Fayard at 7:16 PM