The Implications of "Implied Consent" 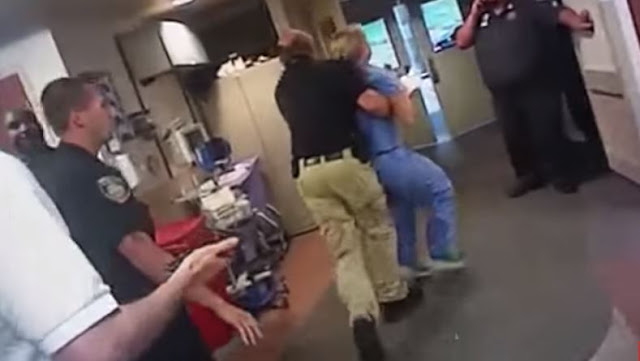 The recent Supreme Court opinion in the case of Mitchell v. Wisconsin upheld the doctrine of “implied consent”, specifically within the context of a Wisconsin state law that allows police to have blood drawn from drunk driving suspects without a warrant. The majority opinion justified this on the grounds of exigent circumstances, that evidence, in this case alcohol in the bloodstream, may be destroyed before police can obtain and execute a warrant. In this case, the “destruction of evidence”, is simply the body’s natural process of absorbing alcohol, which is categorically different from a suspect consciously and deliberately destroying evidence to evade arrest. Such an analogy would open up the possibility of making refusing a breathalyzer or a drug test a criminal offence. Of course, “implied consent” also goes beyond BAC testing or any other ‘exigent circumstances.’ The idea that you can give consent without knowingly and explicitly giving consent is absurd on its face and could be used to justify any number of draconian laws that hinge on your presence in a certain jurisdiction or involvement in a contractual agreement, since both could be construed as voluntary. At one time in history, this same rationale was used to justify martial rape and other forms of domestic abuse on the belief that a married woman agreed to supply sex on demand. It could also justify state molestation: random checkpoints and strip searches including very invasive cavity searches simply because a person chooses to travel through a certain area or chooses a particular mode of public transportation (all transportation is ultimately public). In fact, any property that requires a state license to use, such as a car or place of business, could very well be subject to warrantless searches and seizures under this new “implied consent” doctrine because it contradicts any meaningful notion of consent. Implied consent is contrary to the majority opinion in Schneckloth v. Bustamonte, where they held that a suspect cannot consent to a search or provide incriminating statements or evidence under duress or through coercion, which is obvious when the suspect is in police custody and physically prevented from refusing a search. The police in the Wisconsin case planned to forcibly draw blood from the suspect, without a warrant, even before he passed out and gave “implied consent.” Consent was never in question.

Posted by Alexander Fayard at 10:55 AM