The Problem With Legalization 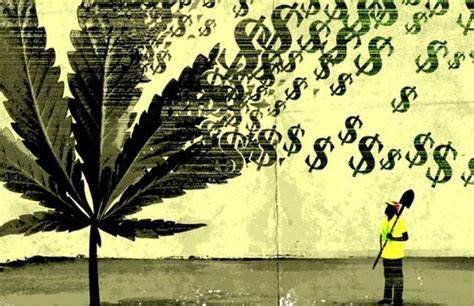 Legalization seems to me to be more of a strategy to tighten state control over psychoactive substances than one to promote greater consumer freedom or even remotely recognize the right of self-ownership. Perhaps this is a case of the unintended effects of how 'legalization' is implemented (as a top down process), but I tend to err on the cynical side of things, believing politicians to be psychopathic, and thus pathologically manipulative (there is a mountain of evidence for this narrative). Despite the widespread 'legalization' efforts across the country legal, access to these plants is still hidden behind prohibitive licensing and permit barriers and buried under steep taxes. Even after marijuana is 'legalized' people are still thrown in jail for using and selling it. I would venture to say this has more to do with the state debt crisis than some turn about face from the war on drugs. The real motive is probably to generate more revenue for state coffers, as we already know this plant has created a revenue windfall for the states that have already legalized it.

Adverse Impact of Cannabis Licensing on Poor and Minority Communities

The first question we should ask is who benefits? While some will reap the riches of a booming cannabis industry others will be left out, not due to a lack of merit or work ethic, but because of licensing statutes that make it prohibitively expensive for some to enter the new industry. For instance, the state of Michigan requires prospective cannabis entrepreneurs to pay a $6,000 state application fee, $66,000 in regulatory assessments, and a $5,000 municipality fee. On top of these overhead costs, prospective entrepreneurs must have a clean record, with no previous convictions for drug possession, and at least $200,000 in capital assets to start. Unsurprisingly, this has had the, perhaps intended, effect of disproportionately excluding minority communities from the legal cannabis industry. Of the 233 dispensary and growing licenses issued in Michigan, only 6 have been issued to non-white entrepreneurs. To make matters worse, the cannabis boom has also spurred real-estate speculation that has made it harder for cash strapped entrepreneurs to lease commercial space for cannabis dispensaries.

We found that so many out-of-state investors had come in and had bought up all the properties in Detroit’s green zone and were just sitting on them. That was the biggest hindrance for us, she said, referring to areas at least 1,000 feet from schools, parks and churches. We don’t own this facility, but we have a 100-year lease, which renews every year and it increases.

As I have pointed out in a previous post,, regulatory capture is a problem in every state that has legalized cannabis. Racial disparities in licensing largely reflect racial disparities in drug enforcement and existing wealth. In every state that has legalized cannabis in some capacity, Black Americans are still 2 to 11 times more likely to be arrested for possession than White Americans even with similar rates of possession and use.

Expunging criminal records of previous convictions for possession and distribution of cannabis, providing financial reparations for individuals incarcerated for these activities, and removing licensing requirements, allowing a free market in cannabis, would level the playing field and allow more individuals and communities to profit from the new industry. If politicians were genuine about their ‘war on poverty’ they would spend more time opening up new economic opportunities to poor communities and less time, and money, on means tested welfare programs; the latter can only keep people at a subsistence level; the former actually creates additional wealth and raises the standard of living.

Posted by Alexander Fayard at 11:03 AM