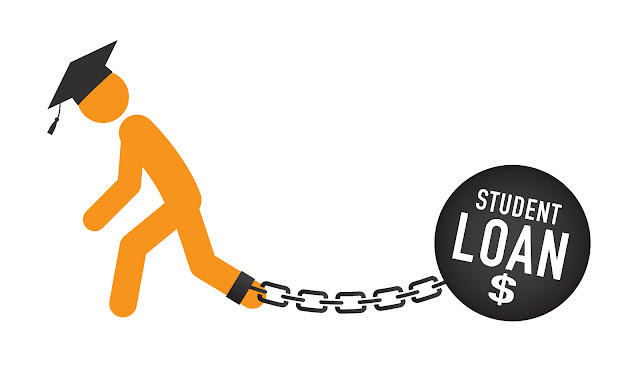 On Wednesday Trump signed an executive order directing the department of education to forgive $750 million in federal student loan debt for 25,000 disabled veterans. While this is only a drop in the bucket compared to the almost $1.5 trillion in total outstanding federal student loan debt it demonstrates a remarkable point about the tenuous nature of both federal student loans and our entire monetary system as a whole. Despite evidence to the contrary, most Americans still think of our money, federal reserve notes, as some tangible commodity that must be extracted from the private sector and not, as the very term ‘fiat’ currency implies, a credit created by a monopoly on legal tender that only holds value via force of law i.e. mandatory taxation. Without an antiquated sound money view of the dollar, they would easily see that federal student loans and the inevitable debt crisis it created are both policy choices. The program itself drove up the cost of tuition by allowing universities to charge more than what most students would have otherwise been able to afford on their own. Just as cheap money from the federal reserve inflates stock and bond values, cheap money from the federal government to universities inflated college tuition costs. The resulting $1.5 trillion in outstanding student loan debt, 90% of which is federal student loan debt, serves no other purpose than being a drag on the economy. Forcing all other borrowers, who aren’t disabled veterans, to pay back their federal student loans does not create any additional wealth or add any value to the economy; the industry itself is rent-seeking and parasitic in nature. Instead of building actual equity by taking out home mortgages, borrowers have to delay home ownership until they pay off loans that do nothing except contribute to the tuition bubble the federal government created in the first place. They money loaned to them was not extracted from taxpayers, as many falsely believe, and they are not paying back taxpayers. The federal government, and its agents like Sallie Mae, simply credited student borrowers, and debited their accounts later at a set rate of interest. All student loan debt could be cancelled without raising taxes because taxes do not fund federal spending in the first place, they drive aggregate demand for federal reserve notes and curb inflation by taking these very bank notes out of circulation. The effect of canceling all outstanding federal student loan debt would be to redistribute money from the public sector to the private sector, by allowing borrowers to spend more on consumer goods and home mortgages rather than give more to Uncle Sam. Ignorance of fiat currencies and modern monetary theory is the only thing holding this country back.

Posted by Alexander Fayard at 5:03 PM