Religious Beliefs Do Not Provide Carte Blanche for Discrimination 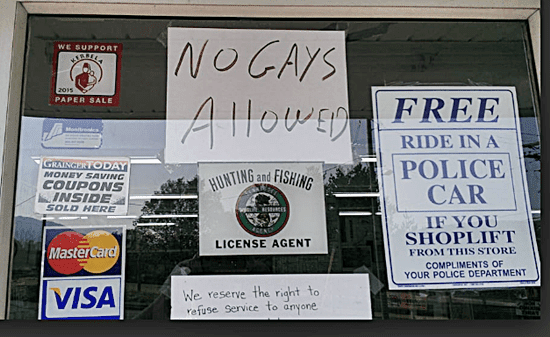 
There’s a viral story circulating twitter this week about a Mississippi wedding venue business turning down an interracial couple because it supposedly violated their deeply held religious beliefs. The owner of Boone’s Camp Event Hall, LLC, located in Booneville, Mississippi, refuses to host both same sex and interracial marriages on faith based grounds. While Mississippi’s religious freedom statute, HB 1523, gives businesses that provide wedding services a pass to refuse their services to same sex couples it does not sanction racial discrimination. In the past, Mississippi, like all southern states had anti-miscegenation laws that made it illegal for whites, defined under the blood quantum laws as at least 15/16 White European, to marry spouses of other races. Of course, these laws were overturned by the ruling in Loving v. Virginia; thus, any government agents or companies that attempt to enforce a ban on interracial marriage are doing so under the color of law. As I have already explained in a previous post, companies that offer their goods or services to the public at large have no right to discriminate on the basis of any federally protected class.

While discrimination on the basis of sexual orientation is still a legal grey area in many states racial discrimination is not. If Boone’s Camp Event Hall advertises its services to the public at large, engages in interstate commerce, and enjoys certain legal benefits under state law, such as limited liability, then it is a place of public accommodation subject to federal civil rights statute, especially title II of the 1964 Civil Rights Act. Only private clubs, that only provide services on a membership basis, religious organizations and private citizens that sell goods and services through word-of-mouth networks are exempt. While faith based discrimination has been limited to wedding services, Mississippi’s religious freedom statute, and similar laws passed by other state legislatures, could set a dangerous precedent that allows faith based discrimination for services that have nothing to do religion, perhaps even allowing denial of medical care on religious grounds. The line must be clearly drawn between those circumstances in which religious objections are material and those in which they are not. For instance, while it might be impermissible to allow bakers to refuse service to gay customers they should be allowed to refuse to decorate a cake specifically tailored to a gay wedding and only offer a plain wedding cake. In other words, they should be given discretion over the types and designs of the products they sell. This would strike a balance between civil rights of gay customers and Christian bakers.

Posted by Alexander Fayard at 7:42 PM